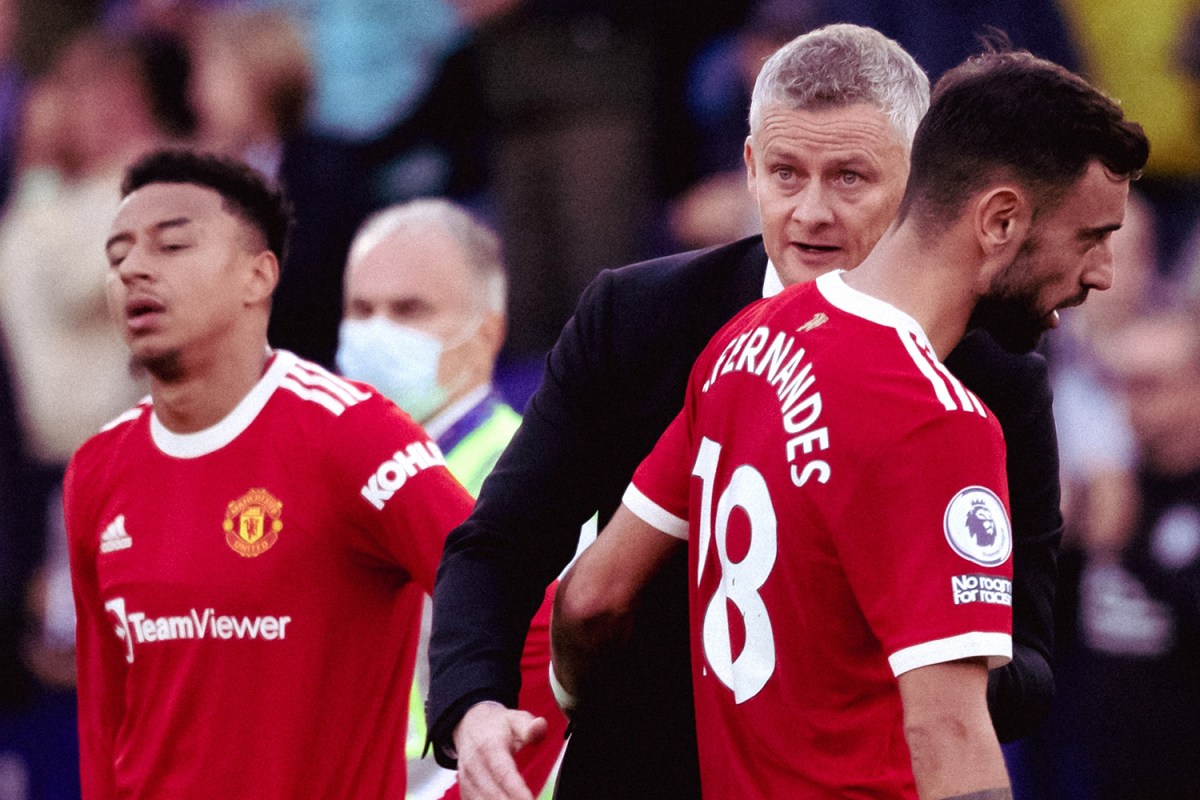 MANCHESTER UNITED boss Ole Gunnar Solskjaer has confessed to making "a few bad decisions" after his side fell to defeat at Leicester.

The Red Devils were powerless to stop the Foxes recording a 4-2 win at the King Power Stadium on Saturday.

Solskjaer opted to start captain Harry Maguire, who has missed the last four games for club and country through injury, after also losing Raphael Varane during the international break.

But the Three Lions centre back looked off the pace and was given a torrid time by his old team on his comeback.

Solskjaer told Sky Sports: "I pick the team and Harry showed no reaction after what he's gone through.

"When you concede four, I've probably made a few bad decisions."

United got off to the dream star with a Mason Greenwood wonder goal.

But sloppy defending allowed Leicester back in the game.

Solskjaer added: "The four goals we conceded were all very poor.

"The performance was definitely very below par and not good enough.

"We started with a very, very good goal with Mason and we're knocking on the door to get another one but then sloppy play and we concede that first goals which is disappointing.

"Second half, still end-to-end but they create more chances.

United boss Ole Gunnar Solskjaer was at odds with his side's defeat and admits he made bad decisionsCredit: Getty

"And, of course, 10 seconds after you've equalised that [Jamie Vardy's volley to make it 3-2] shouldn't happen at all."

He added: "We were not good enough with and without the ball.

"You have to run, block and tackle and we didn’t do that enough."