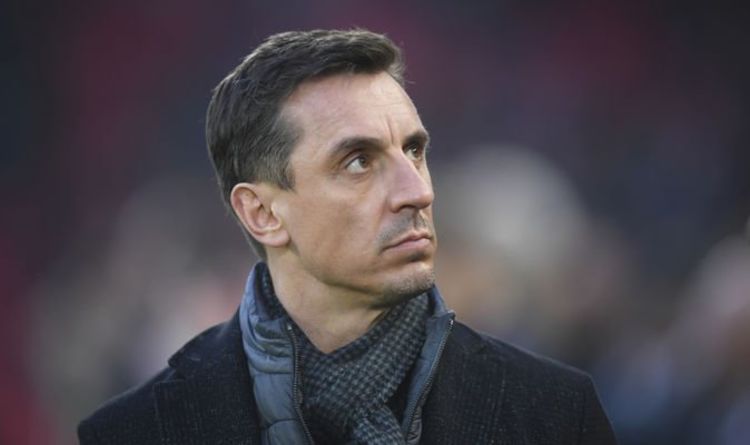 Manchester United icon Gary Neville believes the club won’t appoint Antonio Conte as their new manager and insists his former side will instead stick with Ole Gunnar Solskjaer. The current United boss has come under increasing pressure in recent weeks after a dismal run of form and saw his side lose 4-2 to Leicester City on Saturday.

United had started the season in emphatic fashion as they cruised to four wins in their first five Premier League games.

But their fortunes turned midway through September as they were defeated 2-1 by Young Boys in the Champions League.

The Red Devils have since been knocked out of the Carabao Cup by West Ham and have suffered league defeats to Aston Villa and Leicester.

A whole host of names have been tipped to take over from Solskjaer, but Neville doesn’t think former Chelsea boss Conte is the right man for the job.

“Conte won’t be the manager at Manchester United I don’t think,” Neville said during an Instagram Live on Sunday morning.

MUST READ:   Chelsea may have uncovered Romelu Lukaku his new Lautaro Martinez

Gary Neville has given a damning verdict on Antonio Conte taking over as Man Utd boss (Image: GETTY)

“As I say, great manager but doesn’t feel right for me that one.”

One viewer claimed that Conte could bring the Premier League title back to Old Trafford for the first time since 2013 with the right squad.

But Neville was quick to disagree and instead referenced United’s struggles under Jose Mourinho.

“I’m not into that - giving someone a squad. We tried that with Jose, ‘Give Jose a squad and we’ll definitely win the league.’

“We didn’t and in the end it was a mess and everybody wanted him out.”

Antonio Conte has been tipped to take over as Manchester United boss (Image: GETTY)

“I know that won’t please some of you. I know some of you want a new manager.

“I’ve never asked for a Premier League manager to be sacked in the 11 years since I stopped playing football and that’s not going to happen now.

“Let’s not panic here - there’s no need to panic. Everyone will want Manchester United to panic.

“There’s nothing that can be fixed in the next 10 minutes. Stick to plan, get though the season, see what happens this season.

“Obviously if then there isn’t a trophy or it continues to go as it is, then Ole will come under great pressure.

“He knows that, having been in the job for three-and-a-half years at that time.”