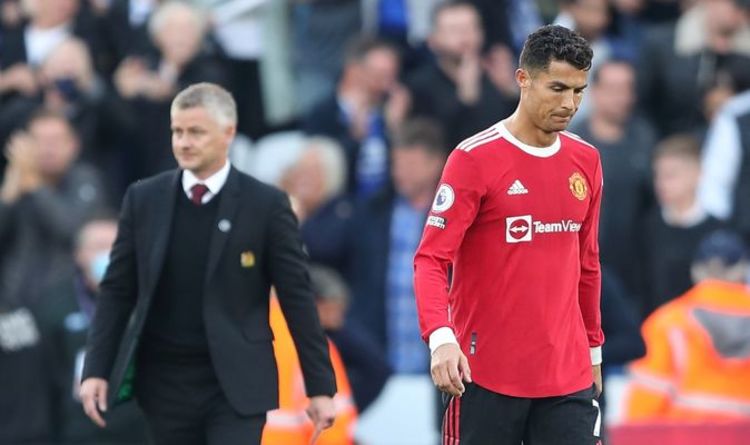 The 36-year-old was often isolated in attack as United recorded another lacklustre performance and lost 4-2 at the King Power Stadium.

He has now failed to score in three successive Premier League games and was 'livid' with Solskjaer after being rested against Everton two weeks ago.

Ronaldo has unsurprisingly never enjoyed exclusion from a starting line-up, and as a pure winner, often shows annoyance when things don't go his way.

The same happened against Leicester and as it won't be the last time, some believe Solskjaer should take another page from his old manager's book.

JUST IN: Man Utd have four players who need dropping after Solskjaer's threat

In 2009, Ferguson addressed Ronaldo's angered reaction to being substituted in a 2-0 home win over Manchester City.

Ronaldo opened the scoring with a 30-yard free-kick before leaving the field on the hour mark, much to his frustration.

He swiped at a bib before sitting down in the dugout, shaking his head in disappointment with Ferguson's decision.

But the Scottish manager wasn't fazed by his reaction as he chased a league and European Cup double and even described his actions as 'fabulous'.

Cristiano Ronaldo is without a goal in three Premier League games. (Image: GETTY)