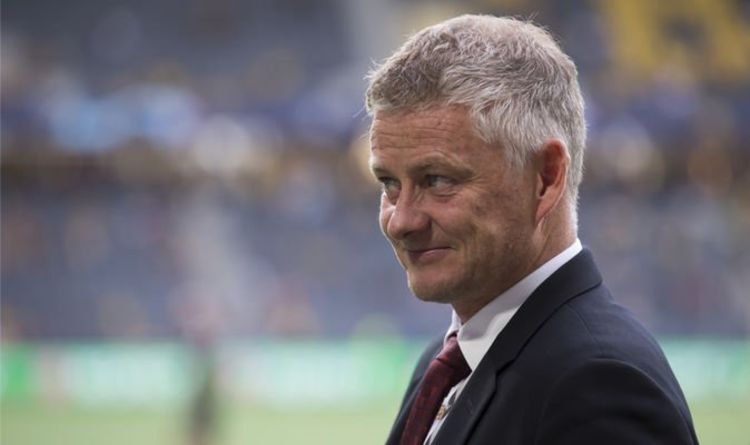 Manchester United chiefs will reportedly give Ole Gunnar Solskjaer £70million to spend on new players in January – providing they are still in the hunt for Premier League silverware. United are currently in the mix at the top end of the table after a promising start to the campaign.

The Red Devils spent over £150m this summer to land Jadon Sancho, Raphael Varane and Cristiano Ronaldo as they go in search of their first Premier League title since 2013.

Solskjaer’s side won four of their first five games of the campaign as they signalled their intentions to return to dominance.

But they stuttered before the international break as they were defeated at home to Aston Villa before Everton claimed a draw at Old Trafford a week later.

Solskjaer is now under pressure and knows he needs to ensure his team don’t slip down the table over the next few months if he is to get his hands on the cash injection at the turn of the year.

According to The Mirror, the cash hasn’t been ringfenced for any particular player and club chiefs will look to assess where improvements are needed when the time comes.

Man Utd have been linked with a whole host of players in recent months, with a defensive midfielder thought to be high on the club’s wishlist.

The Red Devils have been tipped to sign West Ham’s Declan Rice, while the club are also believed to be interested in Leeds United midfielder Kalvin Phillips.

Solskjaer is still looking for his first trophy since arriving at Old Trafford in 2018 following the departure of Jose Mourinho.

He came agonisingly close to getting his hands on the Europa League trophy last term but saw his side defeated by Villarreal in the final after an epic penalty shootout.

“We need to keep that going, keep attacking, keep having the Man United DNA as well as defending well.

“It's early on - early doors in the season. Sometimes you don’t really see the real picture so early.”