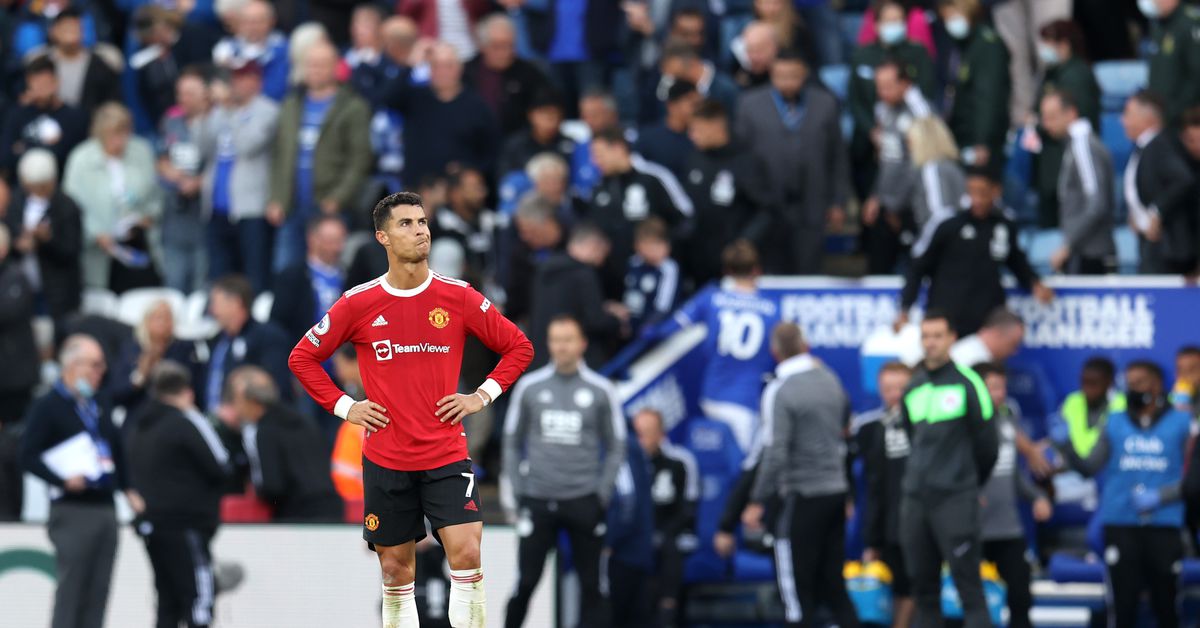 Made several key stops, but could only do so much with what was going on in front of him.

Had some good tackles and progressed the ball, but not influential from the wings and let in the fourth goal at the back post. Overall one of the better defenders on the day, but not enough to make a difference.

In fairness to Lindelof he was putting in a good shift with a partner that shouldn’t have been starting, but he switched off at the end along with everyone else.

Should not have started today. Clearly not back from injury physically or mentally.

Good presence on the left hand side, but struggled defensively, especially in getting back in position.

Leicester carved United open time and again through the midfield, and Matic’s presence did nothing to help the situation. Woeful as a defensive screen.

Not much help to Matic or to the attackers. Midfield was overrun today, and Pogba bears blame for that as well.

Hard to remember much positive he’s done for United in any recent matches. Disappeared in this one as well.

Great strike to open the scoring, but was wasteful with chances after that.

He was a positive on the wing for United, taking on defenders and looking for avenues towards goal. Curiously withdrawn.

Spent most of the game doing nothing, and was wasteful on counters. Whiffed on 2 or 3 really good chances too. Not making a difference for United.

Gave energy to the attack, and scored a great equalizer. Unfortunately his contributions were wasted almost immediately.

Came on late, no real impact.

This was one of Solskjaer’s worst games as Manchester United manager. Leicester City were an opponent that United could have gone at, but instead we witnessed another performance with little direction from the side, poor team selection, and overreliance on individuals to create something without any structure in build up play. The midfield was overrun, and Maguire should not have been considered for selection. While the former has been a problem and the latter was an admitted mistake by Ole, it doesn’t change the fact that he’s the person responsible for finding ways around these problems. So far he’s been uncreative with the set up despite poor performances and he continues to show little trust in squad players that sooner or later will need to make contributions in place of injured first teamers. Things are very worrying, and this is not a time where there is much patience for him to make things better.