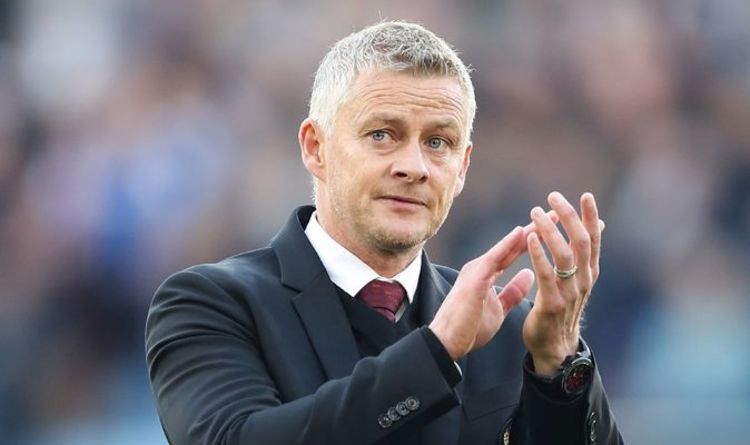 Pressure continues to mount on Ole Gunnar Solskjaer after Manchester United collapsed to a 4-2 defeat against Leicester City on Saturday. United's dire form persisted at the King Power Stadium, with Solskjaer's side now without a Premier League win in three games.

Mason Greenwood fired United ahead with a stunning strike before Youri Tielemans and Caglar Soyuncu turned the tables.

Marcus Rashford scored on his return from injury, but the Red Devils conceded to Jamie Vardy from kick-off before Patson Daka added a fourth in stoppage time.

United have won just two of their last seven games and face all five of their 'Big Six' brethren in the next six league outings.

After full-time, 'Ole Out' was trending on Twitter again as frustration grows among fans over the club's disappointing form this season.

With the chop looming larger for Solskjaer, Express Sport looks at four potential candidates to replace him at Old Trafford.

One of the most likely candidates will be former Chelsea manager Antonio Conte, who is currently out of work.

After guiding Inter Milan to the Serie A title last season, Conte quit this summer due to the club's financial woes.

He won the Premier League with Chelsea after achieving a triple Scudetto with Juventus between 2011 and 2014.

Conte certainly has an elite pedigree, but it's unknown whether he'd be open to returning to England.

Zinedine Zidane is also looking for the right job after leaving Real Madrid at the end of last season.

The French football legend boasted a 66 per cent win rate in 263 matches as Real manager and guided the club to three straight Champions League successes from 2016 to 2018.

He achieved that success with Cristiano Ronaldo as his main man, and the Portuguese superstar would likely pull for his arrival.

With Zidane at the helm, Pogba, his fellow countryman, would also be more tempted than ever to stay put at Old Trafford.

Graham Potter has impressed in the Premier League. (Image: GETTY)