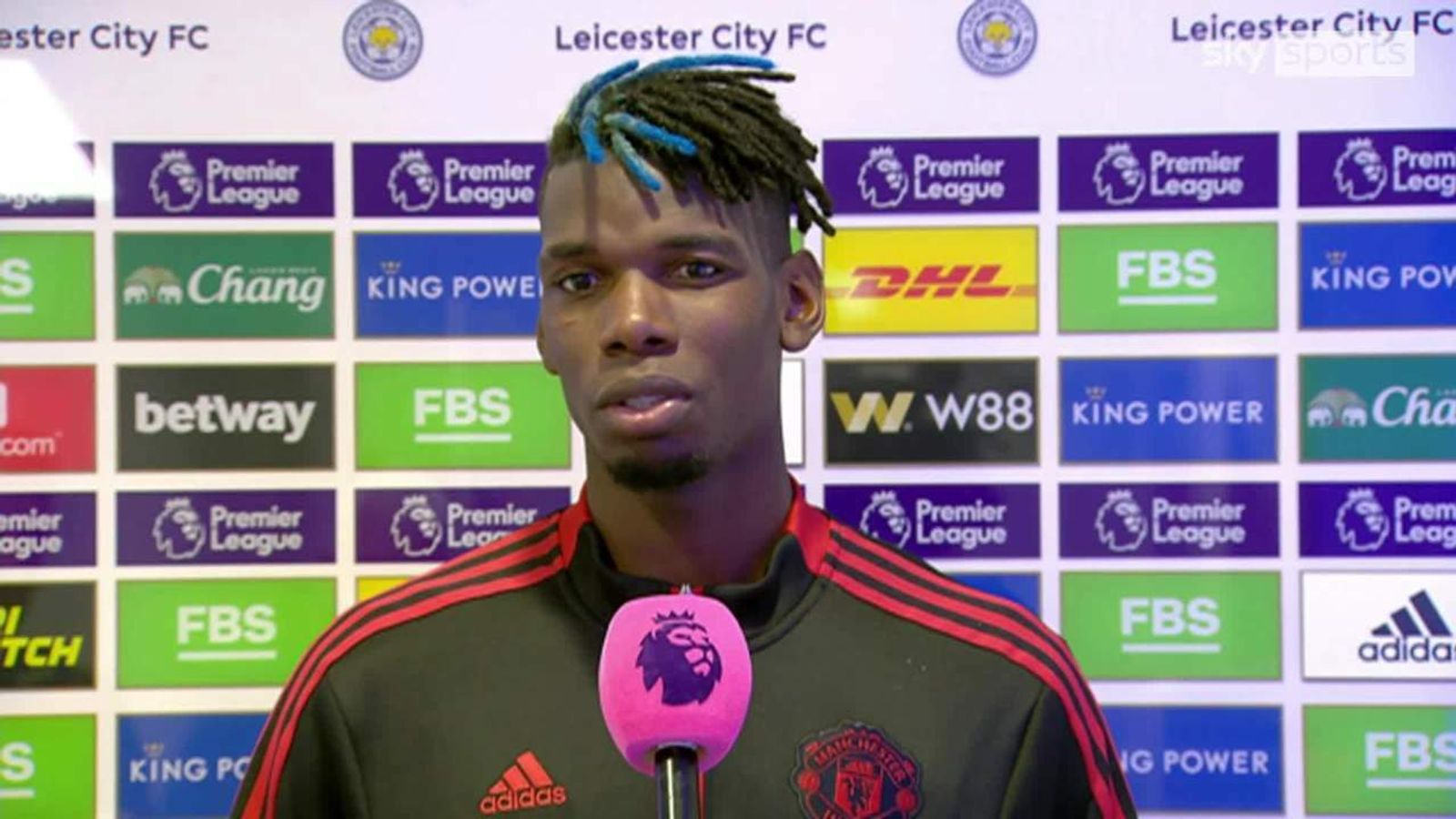 Paul Pogba has declared something needs to change at Manchester United following their 4-2 Premier League defeat to Leicester City.

The Frenchman played the entirety of United's latest defeat that ended their 29-game unbeaten run away from home.

The defeat leaves Ole Gunnar Solskjaer under further scrutiny as United's own winless run extends to three games as they continue to look less than the sum of their expensive parts.

"To be honest, we've been having this kind of game for a long time and we haven't found the problem," Pogba said.

"We need to find what's the problem, to concede easy goals, stupid goals, when we know those games where we play on this pitch, the fans are going to push, put pressure on us and everything. We need to be more mature, I think. We need to play with more experience, arrogance in a good way. We have to take the ball and play our football.

"But now we have to find what's the key of these games that we lose. Because I think we deserved to lose today.

"We need to find something, we need to change something. I don't know if the mindset of all of us, the players, when we start... we really don't know. It's frustrating because it's something we don't understand and we have to find that very fast because if you want to compete and you want to win the title, those games you have to win, even though they are very hard and we're playing away.

"You need to fight their game, you need to find the right mentality, the right tactic to win those games. That's my thought. We have time to think about it and then all together, we have to stick together and find the problem."

Merse: Solskjaer in a spot of bother

"I think Ole Gunnar Solskjaer is in a spot of bother.

"I said before the game if that he can get through November still in the job, then they would have every chance of winning the league because they have some shocking fixtures - and this was the start of it and they have been beaten.

"Leicester thoroughly deserved it too.

"Manchester United are struggling. I've said that Arsenal could finish above them in the top four and I haven't changed my mind.

"They are individuals, they are not a team. They haven't got legs all around the pitch and because Ronaldo can't go in behind defences, the other teams are all pushing up on them and that means Pogba doesn't get time on the ball. For me, Solskjaer is under severe pressure."