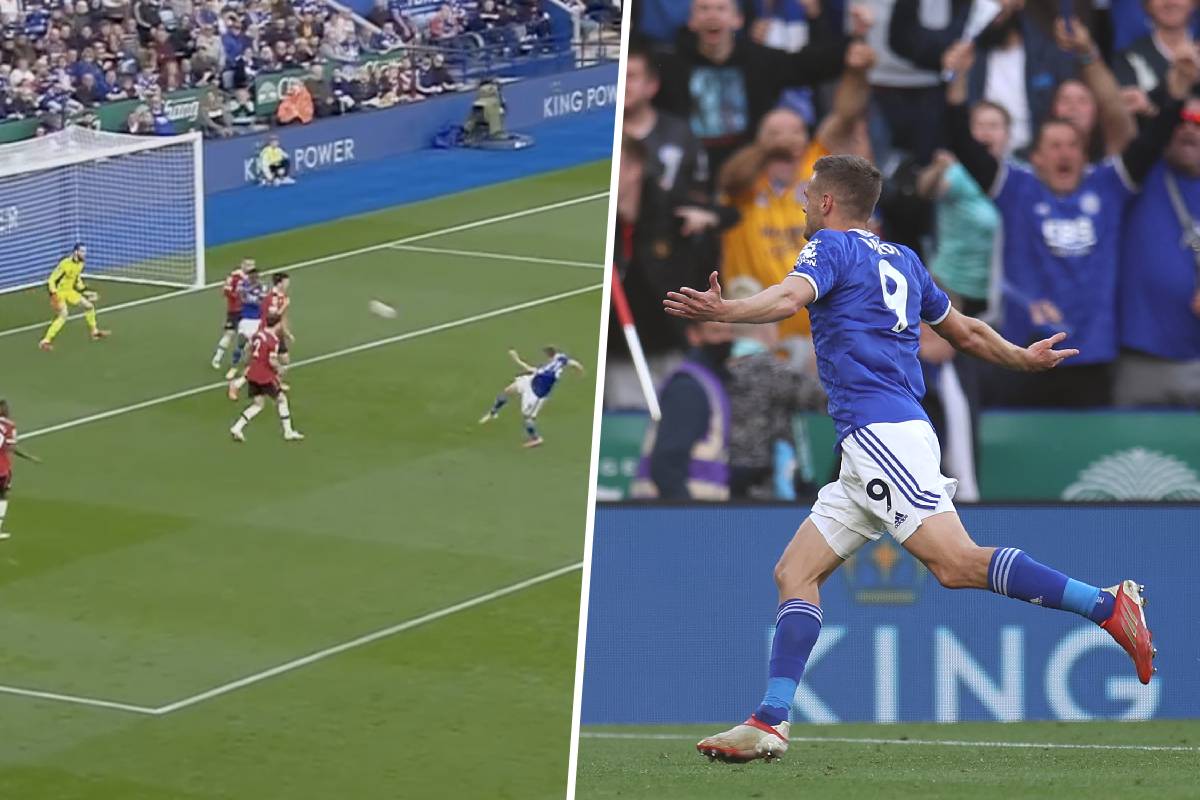 Manchester United were level for merely a matter of seconds against Leicester City, with Jamie Vardy restoring the home side’s advantage.

After Caglar Soyuncu gave Leicester City the lead from close-range, you figured that Man United’s lengthy Premier League away unbeaten run could be coming to an end.

However, the returning Marcus Rashford was evidently intent on prolonging it, beating the offside trap, running through on goal and scoring with an emphatic finish.

On the balance of the contest, Leicester would have been good value for three points, so Brendan Rodgers will have been disappointed if it were to result in a draw.

Thankfully for Brendan, when you have a player of Jamie Vardy’s quality in attack, you’re always in with a fighting chance of finding another goal from somewhere.

Vardy, just a matter of seconds after Rashford scored the equaliser, netted this stunner to restore Leicester’s lead and put Man United’s unbeaten record in jeopardy.