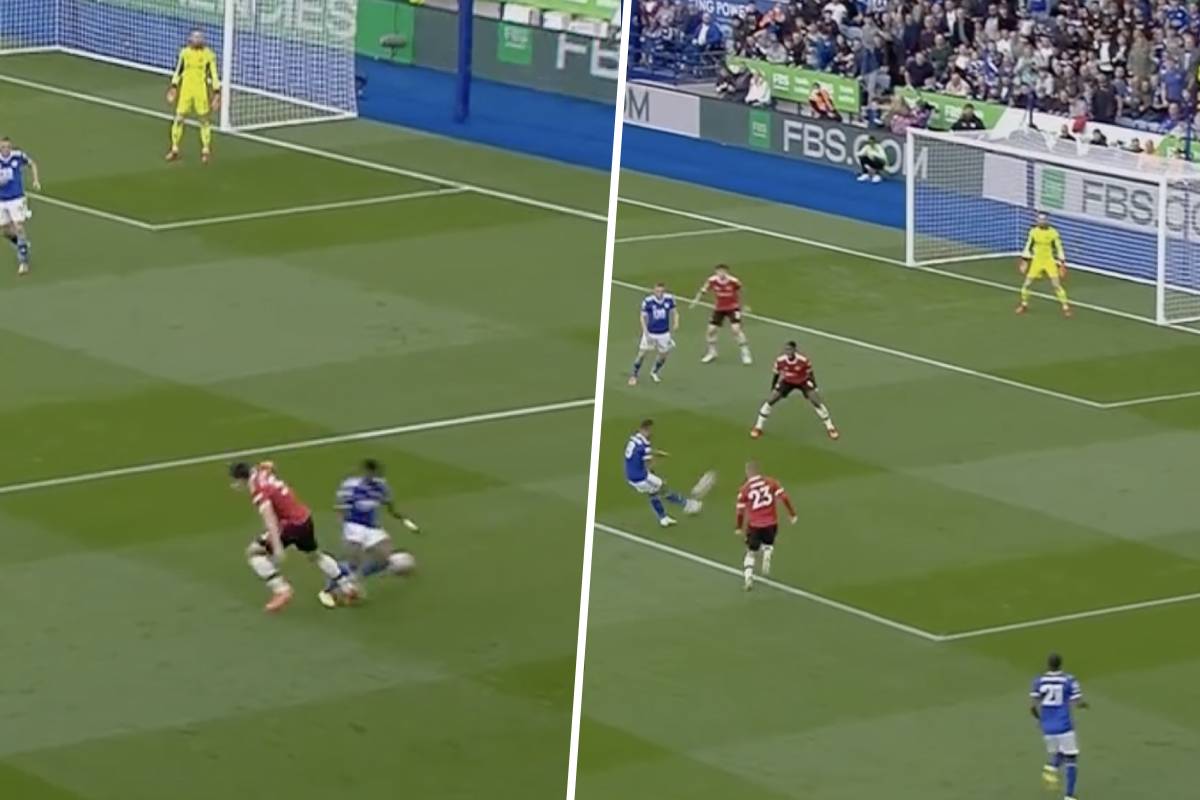 A Youri Tielemans stunner has drawn Leicester City level with Manchester United… but what was Harry Maguire thinking?

In a thrilling first-half at the King Power Stadium, Man United took the lead through star-boy Mason Greenwood.

The youngster cut inside from the right-channel and released an absolute rocket into the top corner of Kasper Schmeichel’s goal.

Schmeichel went through Denmark’s entire World Cup qualifying campaign without conceding a goal, but there was absolutely nothing he could have done about this one.

Mason Greenwood scored a stunner to open the scoring in Leicester

Just when you thought a better goal than that couldn’t be scored in the contest, up steps Youri Tielemans to prove you wrong.

After Harry Maguire was caught taking his time on the ball in a dangerous area, Leicester regained possession in Man United’s defensive third.

The ball arrived at the feet of Tielemans, who measured an absolute BEAUTY past David De Gea. What an unbelievable finish that is!

WHAT A GOAL BY YOURI TIELEMANS ?? pic.twitter.com/3rQWOddKC6