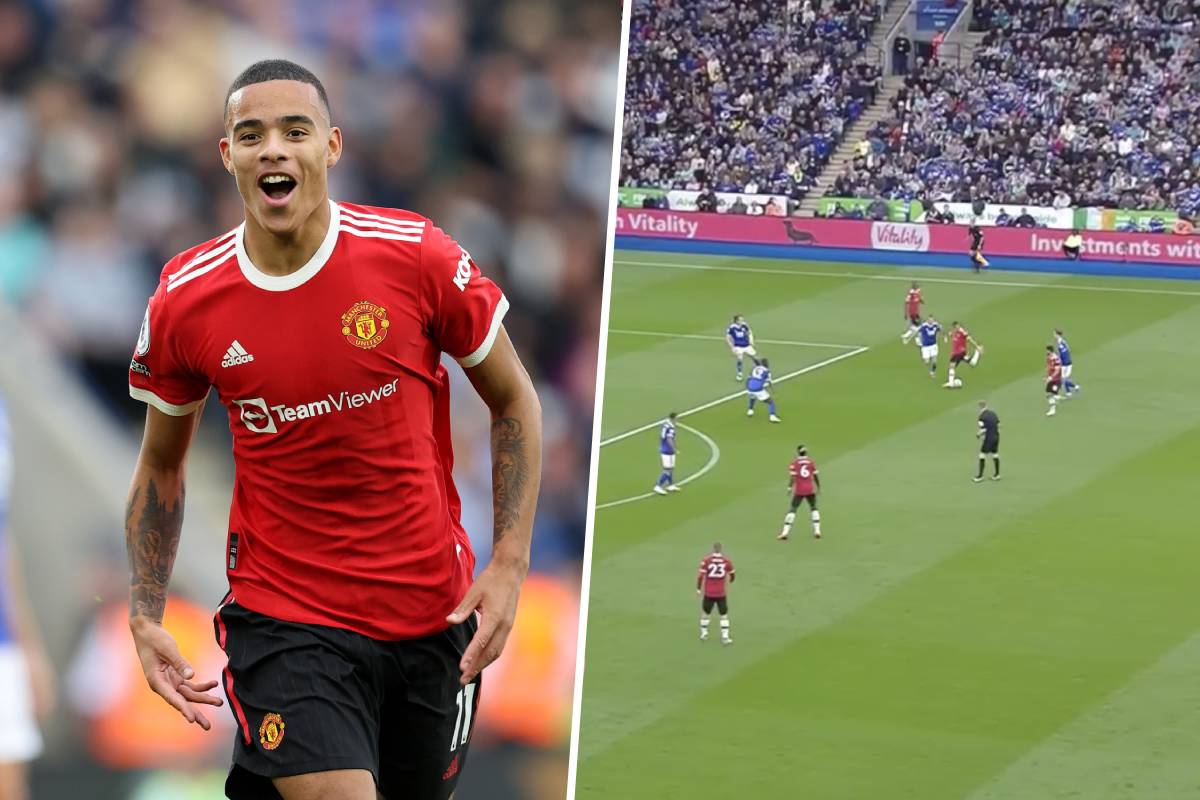 Manchester United have taken the lead over Leicester City through a Mason Greenwood stunner.

With Ole Gunnar Solskjaer under the spotlight, Man United headed to the King Power Stadium knowing that only three points would do.

That said, Leicester themselves have had an unusually slow start. Brendan Rodgers has been struggling to get the engines firing this season to date, but this fixture provided an opportunity for the Foxes to kickstart their campaign.

Despite a bright start from the home side, it’s a piece of individual quality from a very special player that has made the difference here in the Midlands – and we’re not talking about Cristiano Ronaldo.

Mason Greenwood, cutting in from the right-hand side onto his favoured left-foot, unleashed an absolute pile driver into the top corner of Kasper Schmeichel’s goal.

There’s a long way to go here in the contest – but what’s a goal worthy of winning any football match. Special.

What a goal greenwood pic.twitter.com/9CFH6Y0CVk