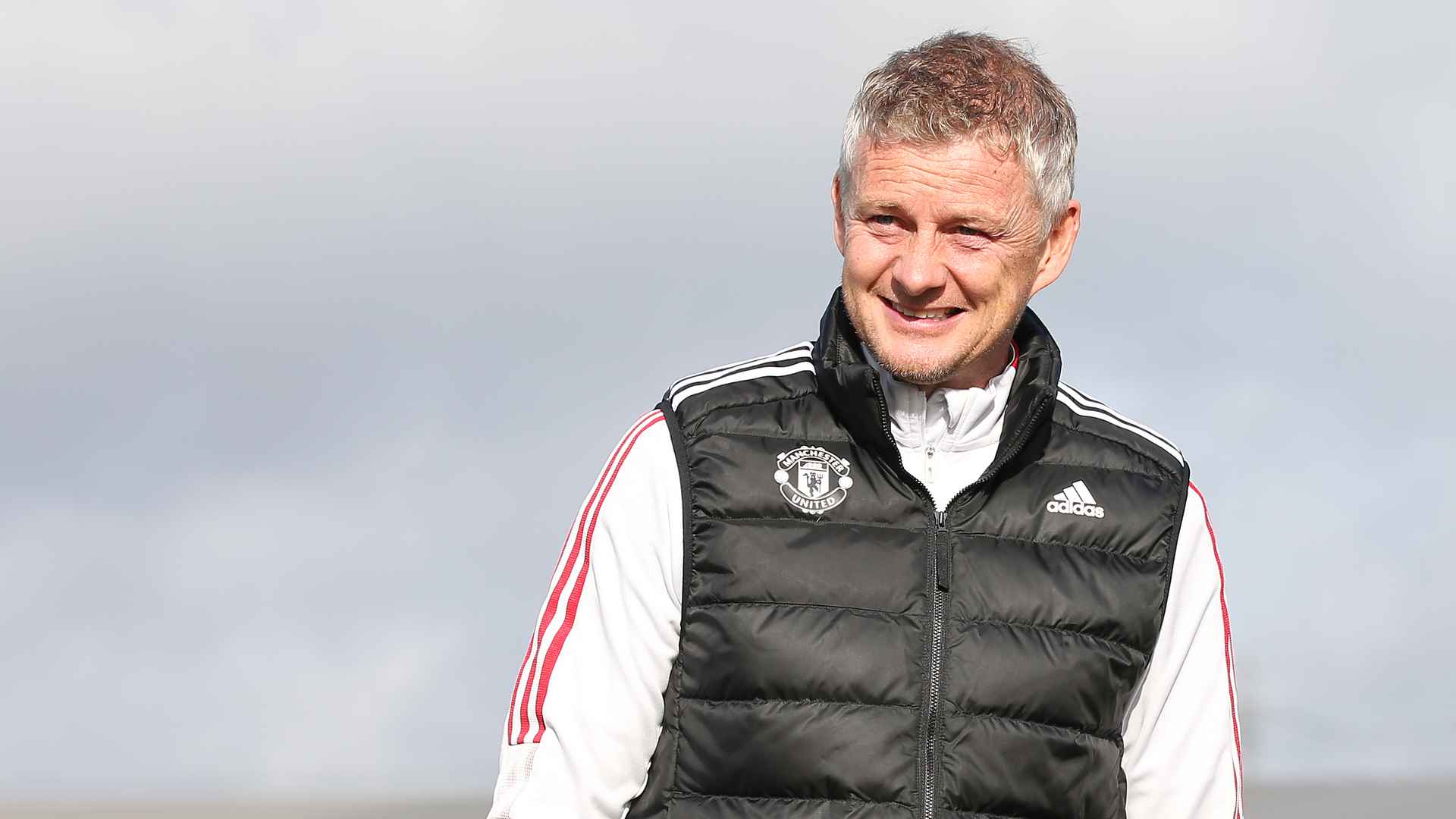 Club media's Stewart Gardner caught up with the boss ahead of the Reds' trip to face the Foxes this weekend.

Ole provided injury updates on Marcus Rashford and Harry Maguire and his future plans for Amad. He also spoke about our exciting upcoming matches and what he expects from our next opponents...

First of all Ole, just in regards to the squad, Marcus [Rashford] has been training for a week or two, is he available?
"He’ll travel with us, he’s working hard. He played his behind-closed-doors 11-a-side game and trained a full week now. It’s great to have him back, his energy and smile and personality around gives me another headache."

Obviously, no one wants to be injured, but considering he’s played so much football, has this break physically and mentally helped him?
"It’s a part of football, getting injuries and it’s not just ups, there are some downs and how you deal with it is going to determine your career. Marcus has been very, very good throughout this injury lay-off. He’s knuckled down, worked hard and had time to reflect on how far he’s come in such a short space of time. As I said, it’s great to have him back in and around the squad."

How’s Harry [Maguire] coming along?
"He was out on the grass this morning, so that’s the first day. Of course, Vic [Victor Lindelof] and Eric [Bailly] have played in internationals this week as well, so we’re good."

Sadly, you lost [Raphael] Varane but it didn’t look too bad…
“Yeah, but sometimes, you know, it’s the most innocuous ones, he felt a twinge. Hopefully, it won’t be more than a few weeks.”

[Edinson] Cavani and Fred were playing 12 hours ago, so there’s not much you can do about it is there?
"You know we’ve done what we’ve can to get them back as early as possible as we got a game during the week as well. They’ve both played a full game more or less. It’s time for them now to recover."

We spoke to Amad yesterday and about that he’s back training again. What are the plans for him? It’s obviously frustrating for him as he was going to go out on loan to get game-time but he couldn’t because of the injury…
"That would have been a good time for him. Like I’ve said already, injuries are a part of it and that was a bad injury for him, timing-wise. He was looking very sharp. He trained again this morning and we’ll give him time to get up to match and full fitness again. If he gets first-team games, Under-23s games… Let’s evaluate again in January what’s best for him."

Obviously, in the international break, Cristiano [Ronaldo] scored again, a late winner for Scott [McTominay] and Jadon [Sancho] looked really sharp for England. Sometimes can international breaks help players in terms of confidence?
"Definitely. Sometimes, you know, when you go away, you see your mates again, team-mates that you’ve had for many years. Cristiano, as we said, actually set four records along the way. Jadon, Jesse played for England, Luke is back fit again and played for England. And, of course, Paul, Anthony and Rapha lifting a trophy, it’s bound to give them confidence and a feelgood factor."

It’s a 10-game run now, if we look to the end of November, with massive games all the time. It looks to me that you relish it instead of fear it.
"Yeah. You take one game at a time. You can’t think too far. If we are to fight for trophies and finals in April/May, we know we just have to take one game at a time and improve and and get better and look at what Leicester can cause problems for us, how we can cause problems for them. If you think too far ahead, you might miss the boat."

You mention Leicester. They gave us some problems last season but haven’t got off to the start they would have wanted to. Are you expecting them to be a good side again this campaign?
"Yeah. They’ve made some good signings, again, spent a bit of money and widened their squad. Obviously, with the Europa League, you need a big squad. But we’re only seven games into the season, played some good football and given different teams different problems. I can’t say here now what Brendan’s selection is going to be but what I can say is that he is giving us problems and we’re going to give them problems."

Jonny Evans is still going strong, we don’t know if he’s going to play…
"He’ll be fit for our game, of course he will. You want to play against Man. United, every player in the league wants to play against Man United. He’s had such a great career, Jonny, and he's a player I admire."

If we take a step back, if a goal against Everton had gone in, we would have been joint-top going into the international break. Is that a perspective to look at?
"You know, there are swings and roundabouts and you know, in the end, when the league table is counted after 38 games, you probably end up where you deserve to. We had, of course, a couple of games in which we could have got more and some games where we, okay, we might have gotten away with one, Wolverhampton away, for example. I think we’re about where we deserve to be in terms of the points tally."