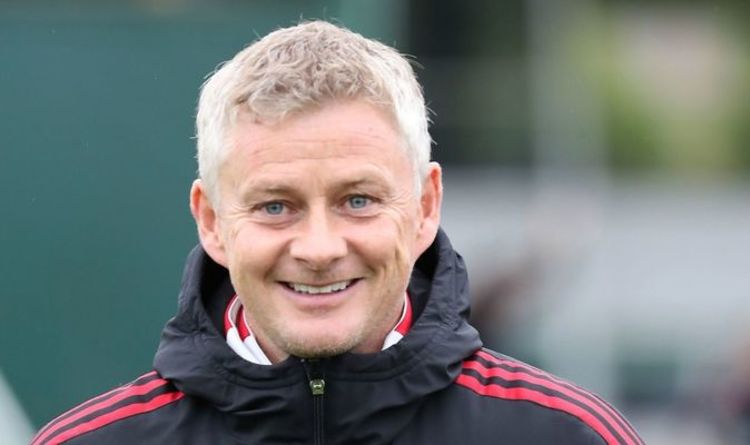 Manchester United boss Ole Gunnar Solskjaer is reportedly considering a change of formation after losing Raphael Varane to injury for several weeks. The Norwegian is hoping to call upon captain Harry Maguire when his side return to action at Leicester this afternoon but the England defender has had injury struggles of his own.

Maguire had initially pencilled in the Leicester match as his potential return date but he is not believed to be fully fit ahead of the meeting with his old side.

The former Foxes man was back out training on the grass yesterday as he strived to offer Solskjaer a late boost ahead of the trip to the East Midlands.

But rather than dwell on the negatives, Solskjaer was pleased to see Victor Lindelof and Eric Bailly get minutes during the international break with Sweden and Ivory Coast respectively.

Man Utd manager Ole Gunnar Solskjaer is weighing up a formation change to three at the back (Image: GETTY)

He said in Friday's press conference: "Yeah, you know the international breaks, sometimes it’s a time to cross your fingers and hope for the best because as we see with Raphael, he’s got an injury, out for a few weeks, but then again Victor [Lindelof] and Eric [Bailly] played in the internationals and got good game-time so that was good for us."

The Athletic are now reporting that Solskjaer is weighing up a change of formation in the coming weeks with United also set to face Atalanta, Liverpool, Tottenham, Atalanta again and Manchester City.

Solskjaer is said to be contemplating moving to a back-three to help strengthen the spine of the team.

The report claims Solskjaer is even prepared to use Luke Shaw and Nemanja Matic as auxiliary centre-backs if United end up being light on the ground in defence.

It's a role Shaw has played before with his qualities well suited to the left side of a back-three.

The change of formation could cause further complications to Solskjaer's managerial headache in attack with the United boss struggling to keep everybody happy.

Competition is fierce at the top end of the pitch following the signings of Cristiano Ronaldo and Jadon Sancho. Marcus Rashford is also now fully fit following a persistent shoulder issue.

United have predominantly used a 4-2-3-1 system in recent years, particularly since the arrival of Bruno Fernandes in January 2020.

Solskjaer has shaped his team around the Portuguese attacking midfielder and his influence on the side has prevented a formation change in recent times.

There was some suggestion earlier this summer that United could look to change permanently to three at the back when Kieran Trippier was under consideration.

The capture of the Atletico Madrid and England full-back could have seen Aaron Wan-Bissaka move backwards and onto the right side of a three-man defence.

Trippier has played in the wing-back role for both Atletico and the Three Lions and his crossing ability would have presented United with a new attacking threat going forward.

Wan-Bissaka's reading of the game, recovery tackles and speed across the turf could see him flourish alongside Varane and Maguire if Solskjaer was to switch up his starting XI.