Man Utd's keeping nearly men... from Barcelona legend to a vlogger and gardener
The Sun 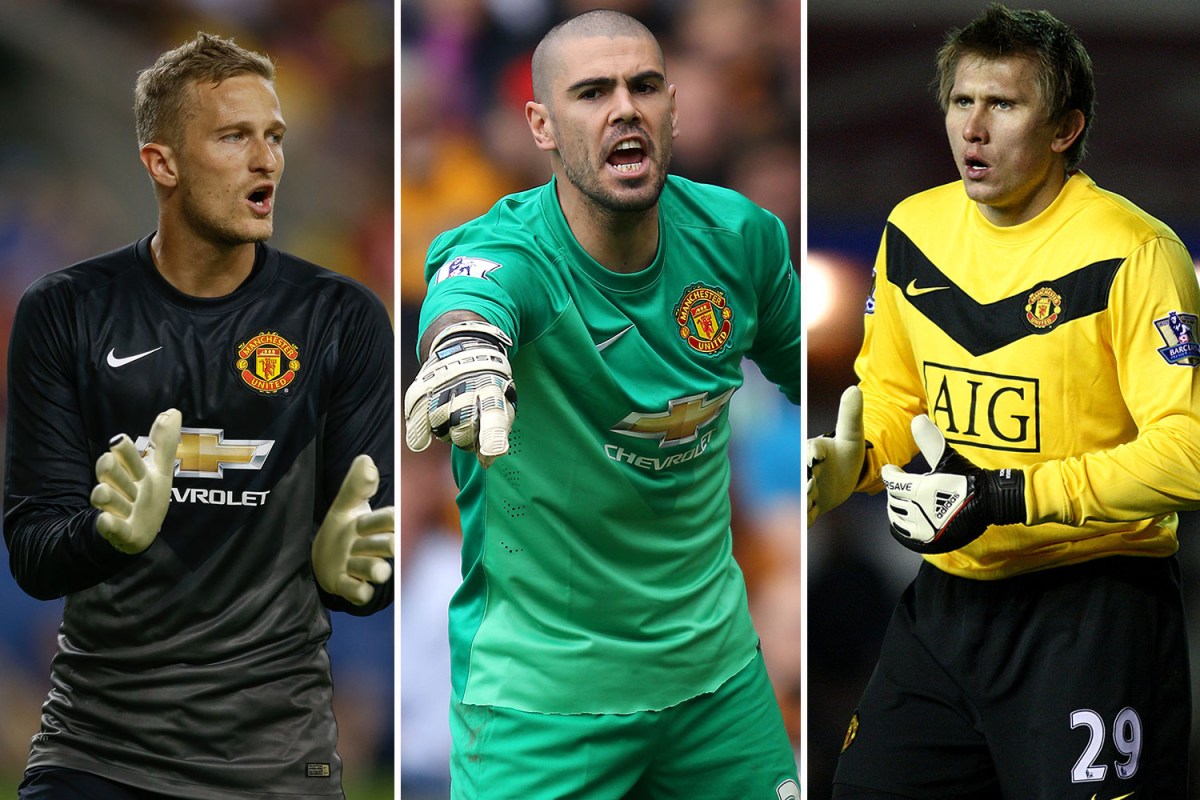 SOME of the greatest goalkeepers in football history have graced Manchester United’s famous No.1 jersey.

Edwin van der Sar and Peter Schmeichal were two stoppers who won it all at Old Trafford.

But for every David De Gea there is an overlooked back-up.

Here SunSport takes a look at some of the more forgettable names to have featured (rarely) between the sticks at the Theatre of Dreams.

The promising Swiss joined United’s youth ranks all the way back in 2012.

But after three years with the junior squads, Pereira would fall victim to the cycle of loan spells that can often blight a fledgling career.

Joel Pereira was one of those who left with Romero this yearCredit: PA:Empics Sport

Six clubs in six years rented the services of Pereira from the Red Devils before he was one of the contingent of eight players let go in the recent summer window.

The 25-year-old made just three senior appearances for United - but did start a Premier League game against Crystal Palace in 2017.

In June 2021 Pereira signed one year deal with RKC Waalwijk, who play in the Dutch first division, with the option to extend for another year.

Valdes could justifiably expect to see his name right up there on any list of goalkeeping greats.

The Spaniard won it all with Barcelona under Pep Guardiola, but his United career was a less glittering affair.

Given the chance to rehab a knee injury before signing for the Red Devils, Valdes made just two Premier League appearances in 2014-15 before falling out with boss Louis van Gaal.

Reports he refused to turn out for the reserves saw him sent out on loan to Standard Liege in January 2016 before a permanent move away to Middlesbrough.

Valdes retired from professional football in January 2018 after spending six months without a club.

He tried management but is without a job since being sacked by Horta in January 2021.

He was billed as the heir to United’s great Dane Schmeichel but Lindegaard was never more than an understudy at Old Trafford.

Bought in late 2010 as Sir Alex Ferguson began to plan for the post-Van der Sar era, the Denmark international got started with the customary handful of cup games.

But when out went Van der Sar and in came David De Gea in June 2011, Lindegaard saw his first-team chances dwindle thanks to the Spaniard’s world-record arrival.

He famously reacted with fury to an interviewer who asked if he was still motivated to challenge for the No.1 spot, saying ‘I'm not here to pick my nose’.

Despite keeping his fingers in his gloves and not up his nostrils, he could not unseat De Gea and left on a free transfer to West Brom in 2015.

He is still playing for Helsinborgs and even scored his first ever goal in 2020.

A Red Devil since the age of 11, Amos was a mainstay of the United youth ranks.

But as he got older first-team opportunities rarely materialised with the likes of Tomasz Kuszczak, Ben Foster, and Anders Lindegaard variously above him in the pecking order.

He ultimately made seven appearances for the club including one in both the Prem and the Champions League before moving to Bolton.

Reports in the summer of 2021 suggested he had a chance to return to Old Trafford but he turned it down in favour of regular football at Wigan.

It would not be fair to describe either stopper as an unmemorable name, given both have enjoyed long senior careers.

But they are grouped together here for the simple fact they both played second fiddle to the great Van der Sar.

Foster won eight England caps and went on to have successful spells with West Brom and Watford.

He is still starting for the Hornets in the Premier League... when not updating his hugely popular 'Cycling GK' YouTube Vlog, which has over 800k subscribers.

Poland’s Kuszczak played 11 times for his country before leaving Old Trafford to head to Brighton.

He retired in 2019, following a spell with Birmingham City. Now back in his homeland, Kuszczak was a pundit on Polish TV for the Euros. He's also a brand ambassador for Bertrand, a company that designs doors and windows.

Ricardo’s spell at United coincided with a golden era in calamitous keeping as Fergie struggled to find the man to replace Schmeichel.

Kept out of the squad by Fabien Barthez and Roy Carroll, the Spaniard managed just five appearances in three years at the club.

Ricardo was capped twice by Spain before joining UnitedCredit: Empics

Twice capped by Spain before he arrived at Old Trafford, he never did enough to convince Sir Alex he was anything more than a back-up and was eventually released on a free.

In 2019, Ricardo returned to Valladolid, where he is currently coach of their U19 team.

The Italian was a disaster signing for Sir Alex Ferguson in the late 90s.

Brought in for £4.5million from Venezia after Mark Bosnich suffered an injury, he flapped at a cross in his first game against Liverpool allowing Sami Hyypia to score.

Massimo Taibi flapped at a cross that led to a Liverpool goal on his debutCredit: Reuters

Then, about a month later, he let a tame Matt Le Tissier shot trickle through his legs into the goal.

He played one more time for United in a 5-0 defeat to Chelsea, before returning to Italy with Reggina.

Now 51, Taibi is retired but works as a pundit on Reggina TV.

With over 350 Dutch league appearances under his belt, Van der Gouw arrived in Manchester with bags of first-team experience.

But by then Schmeichal was already well-established as United’s first-choice.

The Dutch stopper did manage an impressive 57 appearances for the Red Devils before leaving for West Ham.

A further spell in the Netherlands saw him retire in 2007 at the grand age of 44.

Since then, he has passed on his expertise as a goalkeeping coach with Sunderland, Vitesse Arnhem and now PSV Eindhoven, where he works alongside former team-mate Ruud Van Nistelrooy.

American-born Rachubka was another youth product who never really got going at the Theatre of Dreams.

Clean sheets in all three of his senior appearances were not enough to convince Fergie to keep him and he was shipped off to Charlton in the summer of 2002.

A journeyman career of loan spells around northern England followed and Rachubka now reportedly works as an accountant in Manchester.

Culkin may not have had much of a United career but his time in football is notable for several reasons.

He made the shortest-ever Premier League debut when replacing Van der Gouw at Highbury in 1999, with the ref blowing for full-time the second he had taken a freekick.

And he would see another United bookend his career when he signed for FC United of Manchester - the club formed in protest against the Glazers’ takeover at Old Trafford.

He now runs a garden maintenance company in Manchester, after retiring from the professional game in 2005 with a long-standing knee injury.