The North Wales footballers who plied their trade abroad

Cole pinpoints Solskjaer weakness that is holding back Man Utd

"We have to win points" - Man United star frustrated at PL form, recent results 'not enough'

This one goes out to Fred

Liverpool have best front three in world again, but write Man Utd off at at your peril, says Paul Merson | Football News

United must listen to Scholes as Liverpool will be relishing clash

Paul Pogba : Frenchman insists that he is happy at Manchester United

Why United's miraculous comeback is such a rare feat

‘Stuff of nightmares’: Some Liverpool fans have one concern about Manchester United clash

Our View: Manchester United player of the year was on show again vs Atalanta, it wasn’t Ronaldo

Liverpool hopeful of injury return that could expose Manchester United 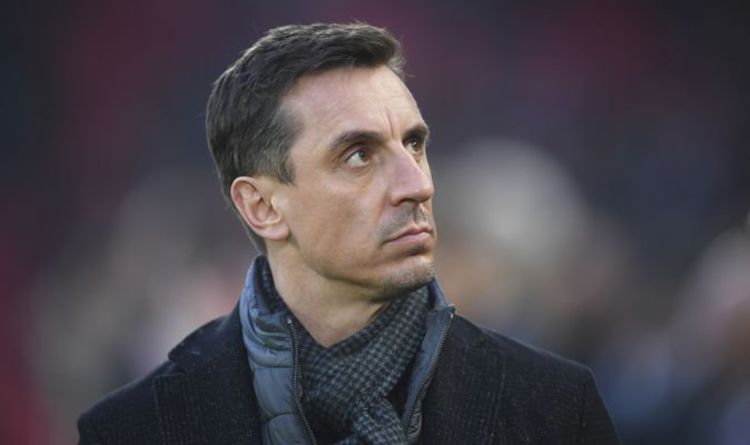 Manchester United legend Gary Neville is fearful of Ole Gunnar Solskjaer’s prospects over the next few weeks because of their deceiving start to the season. The Red Devils are not far off the top of the table, although an easy run of fixtures is about to give way to a succession of tough games which should put the Glazers on high alert.

Solskjaer’s side started the season promisingly, although losses to the likes of Aston Villa and West Ham, as well as dropped points against Everton, have begun to raise questions.

To make prospects of a bounceback more difficult, both Harry Maguire and Raphael Varane are set to miss Sunday’s crunch clash with Leicester City through injury.

Paul Pogba should be in good spirits having just won the Nations League though, and Marcus Rashford is edging ever-closer to first-team action after undergoing shoulder surgery.

Despite the positives which may lie on the horizon, Neville has still expressed concern that the Glazers could soon be called into action.

“[Ole] has to keep a more consistent team in the league, and the league is going to be the competition that will make or break him,” he told The Overlap.

“Of course he could win a Champions League as a one-off, but he does have to win the league at some point.

“You can’t keep spending the money and not winning the league.

“My fear for Ole is that the start of the season is worse than it looks. At the moment, they’re two points off the top, but they haven’t played a single team.

Ole Gunnar Solskjaer has a tough run of games coming up for Man Utd (Image: GETTY)

For that to be a possibility, they are still lacking squad depth in a couple of areas, namely right-back and central-midfield.

That much cannot detract from the fact that their starting XI is riddled with superstars, which ultimately raises the question of why they went after attackers during the summer when there were holes to fill elsewhere.

Full-back Kieran Trippier and midfielder Aurelien Tchouameni could yet be monitored as solutions in January, although fielding a consistent team will not be an issue if the starters manage to stay fit.

It is time for Solskjaer to show his worth, although it will be tough to overcome so many tricky hurdles in quick succession.