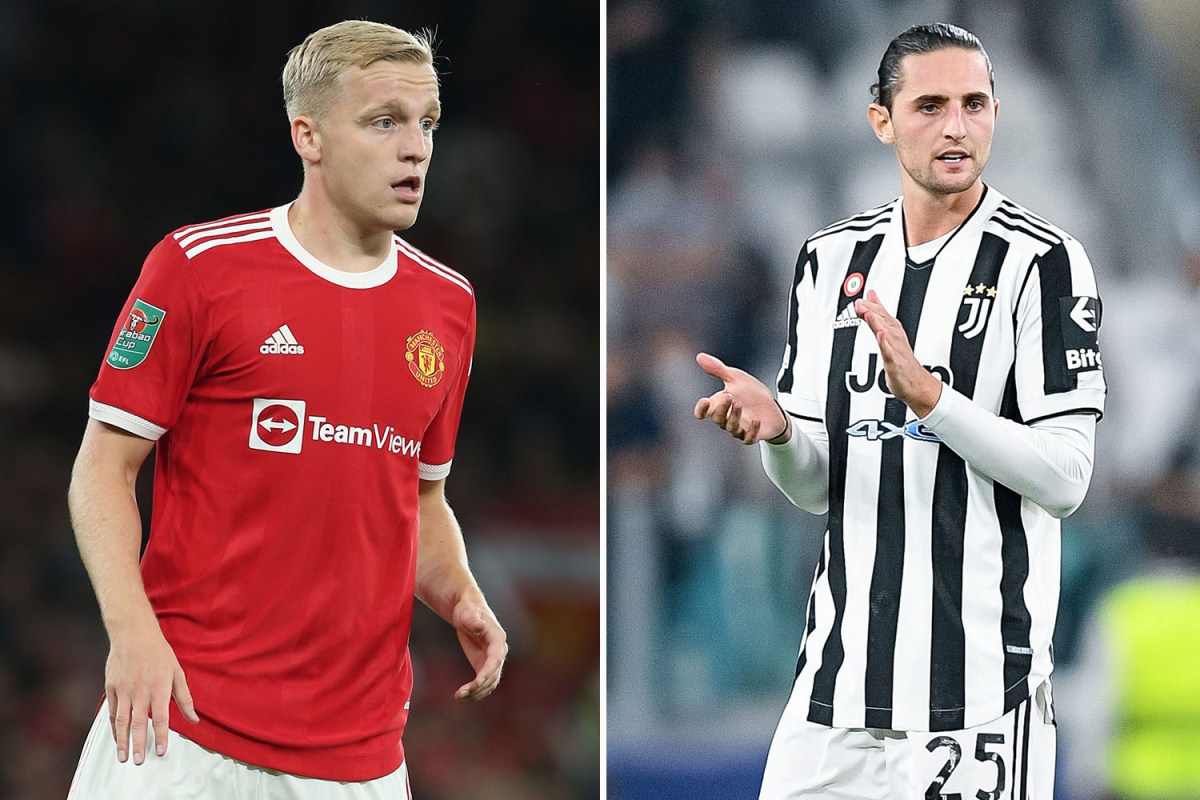 NEWCASTLE are reportedly weighing up a January swoop for Juventus midfielder Adrien Rabiot which could see Donny van de Beek make the move to Turin.

The Magpies are set to splash the cash in the New Year following their £300million takeover with the club boasting the wealthiest owners in world football.

Juventus midfielder Adrien Rabiot has been linked with a move to Newcastle in the New YearCredit: Rex

Club chiefs are compiling a list of potential recruits despite boss Steve Bruce set to be sacked.

And according to Calciomercato, France international Rabiot is being targeted by the Toon.

They state that Newcastle are interested in the 26-year-old and could look to bring him to St James' Park in the winter transfer window.

Rabiot has featured regularly for the Old Lady since arriving from Paris Saint-Germain in 2019, but has never convinced the Juve faithful of his quality.

And it has been claimed that the Serie A giants would be prepared to offload the player in order to bring in Van de Beek from Manchester United.

The Dutchman, 24, has endured a torrid time at Old Trafford following his switch from Ajax and is yet to nail down a starting spot for the Red Devils.

It is understood that Juve have already opened talks with United about a move for Van de Beek.

Rabiot isn't the only high-profile star Newcastle are said to be eyeing up in January, with Barcelona centre-back Clement Lenglet high on their list.

And his French compatriot Wesley Fofana is also an option with Newcastle alleged to have made contact with Leicester.

Chelsea striker Timo Werner has also been linked, with German reports stating the club are in regular contact with his agent.

Meanwhile Rio Ferdinand has urged Newcastle to build a core of English players and told them to sign Raheem Sterling, Declan Rice and Jesse Lingard.

Speaking on his FIVE YouTube channel, he said: "I’d be going to try and make like a mad couple of signings, like huge, that I think would be gettable.

"Them two would be the first two on my list, and I’d go all out to go and get them. And then I’d be trying to get people like Jesse Lingard, who’s in and around the Man United squad.’

"It’s unrealistic until you ask the question. I’d be going out there to get answers from these types of players and then you work your way down your list."

Newcastle should stick with Steve Bruce and not sack him as there’s nobody ‘more equipped’ than him, says Danny Murphy