Ronaldo insists Man United fans 'deserve much better than this'

'I don't want to be disrespectful': Klopp makes Liverpool claim after United win 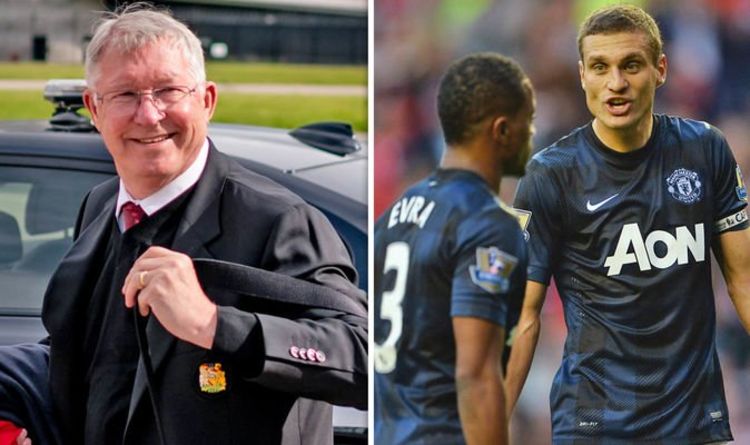 Manchester United star Patrice Evra has revealed how Sir Alex Ferguson reacted to a fight between himself and Nemanja Vidic. Both players signed for the club in the summer transfer window of 2006. But they initially experienced slow starts before going on to become Old Trafford hits.

Manchester United signed Evra from Monaco back in 2006, with the France international arriving to provide competition for Gabriel Heinze.

And they also signed Vidic, too, bringing in the Serbia international from Spartak Moscow.

Both players went on to become big United legends, winning five Premier League titles each as well as the Champions League crown in 2008.

But, initially, they experienced teething problems.

And Evra, speaking to United’s official website, has revealed Ferguson changed Rio Ferdinand’s position after he and Vidic had a ‘fight’.

He said: "We arrived at the same time and we struggled together.

"To say the dressing room at United was concerned about the suitability of Patrice Evra and Nemanja Vidic when they arrived would be an understatement," Scholes said in his Independent column at the time.

"My abiding memory is of City targeting Patrice [in a 4-1 win]. I don’t blame them, we would have done the same.

"They struck long diagonals out to our left and every time Trevor Sinclair would attack the ball, smash Patrice out of the way and City would be in behind us.

"When Patrice first arrived, we used to wonder whether the manager had signed a jockey, rather than a footballer. There was hardly anything of him.

"Gradually, however, his personality emerged. This was one tough player, who was determined that he was not going to be brushed aside and become one of the forgotten men at United. He stuck out his chest and got on with it.

"It might surprise you to hear that Nemanja, who arrived from Spartak Moscow, was not the powerful centre-back he became over his years with the club.

"There was nothing of him when he arrived. He was skinny and relatively easy to push off the ball.

“Like Patrice, he took a battering in his first few weeks at the club – in training as well as matches.

"For the next year, every time I walked past the gym, I would see Nemanja in there lifting weights. He turned himself into a big, strong centre-half who was capable of knocking strikers out of the way.

"He always had a great ability to head the ball, but allied with his strength he became unbeatable in the air.

“Throughout his United career, we would play away at difficult grounds and it would be Nemanja heading crosses and set pieces when the team were under pressure."