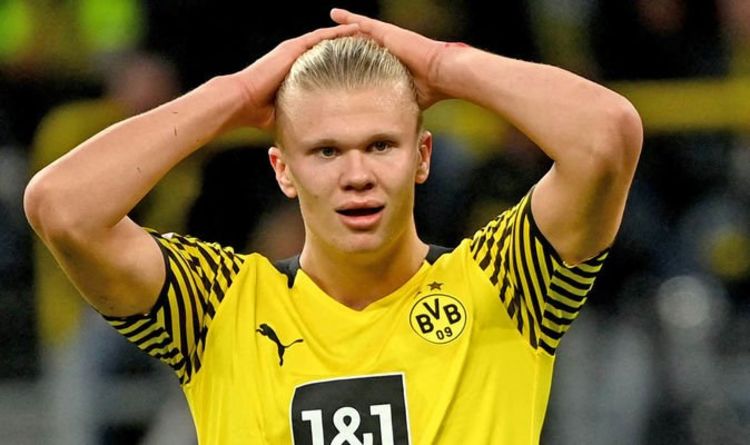 Manchester United boss Ole Gunnar Solskjaer is sold on the signing of Erling Haaland. And the Red Devils were ‘excited’ during the summer transfer window when it became apparent the Borussia Dortmund striker wouldn’t be moving to Chelsea. John Murtough is also a big admirer of the Norway international, who has scored seven goals from five Bundesliga outings this term.

Manchester United are well-stocked for attackers these days.

Cristiano Ronaldo has added a potency to their frontline, with the Portugal international competing with fellow veteran Edinson Cavani for a starting spot.

On the flanks, they have Mason Greenwood and Jadon Sancho capable of playing on the right.

And, on the left, United also have Anthony Martial and Marcus Rashford.

That’s without even considering young duo Amad and Facundo Pellistri, with the latter spending the campaign on loan at Deportivo Alaves.

But, despite those players, United want Haaland.

And with Cavani expected to leave at the end of the campaign, that means there’s a void that will need to be filled.

What could work in their favour is the player’s close relationship with Solskjaer, who previously managed Haaland at Molde in Norway.

And the United manager admitted back in February that he was still in touch with, and followed, the 21-year-old.

“It is clear that Erling is going to have a fantastic career,” Solskjaer told VG at the time,

“I follow Erling. I have always said that. Was it 18 months we had together or something like that?

“Almost two years, perhaps. A fantastic time. He will surely have a super career both for Norway and his club. He is doing incredibly well for Dortmund.

“We will see where he ends up. As a Norwegian and someone who has worked with him, it is of course great that he is doing so well.

“We will do our best to become a better team and he will do his best to be a better player, but where will he end up? I do not want to say anything apart from wishing him all the best. The choice he makes is up to him.

“I reckon Erling remembers when we sat at Lubbenes [Molde’s training ground] the day before the Brann game.

“I feel like that was an important day for Molde, for him and for our relationship.

“He had a very bad spell before that. I am sure he remembers that. It is a great pleasure following him.

“He will have a long, long, long career that is going to surpass most of what any Norwegian player has done.”