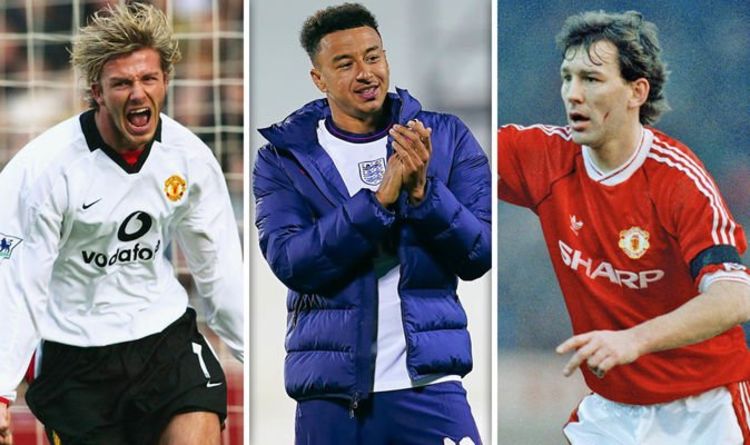 Manchester United, at the current time of writing, are still hopeful of keeping Jesse Lingard. However, with the England international attracting interest from Barcelona and AC Milan as his contract winds down, a parting of the ways could be on the cards. But, in Hannibal Mejbri, the Red Devils may already have the perfect replacement.

Lingard is a United player through and through.

A product of the club’s academy, he was given his debut by Louis van Gaal in August 2014 with the Dutchman believing he had a bright future ahead.

Lingard didn’t disappoint under Van Gaal, firing the club to FA Cup glory during the 70-year-old’s final season, and match, in charge.

And while he’s struggled under both Jose Mourinho and Louis van Gaal, there’s no denying he’s a good asset to have.

Lingard can dribble, score, create space for others and assist. He’s a team player, in every sense.

Ole Gunnar Solskjaer hasn’t given him too many opportunities since the 28-year-old’s return from a successful loan spell at West Ham, where he took the London Stadium by storm.

But United still want to keep him, regardless, despite claims the midfielder recently turned down a new contract.

And, in Hannibal, they may already have the perfect replacement.

And the signing of Hannibal, who arrived from Monaco, went under the radar.

However, in the time since, he’s risen to prominence with some dazzling performances for the club’s youth teams.

And he’s been so good he made his United debut last season, on the final day of the campaign in a 1-0 victory over Wolves.

“Hannibal (Mejbri)'s a leader. The way he plays his football is 100mph, he's non-stop running up and down.”

Beckham and Robson both won Premier League titles aplenty during their respective spells at Old Trafford.

And Hannibal could be the answer if Lingard does indeed leave Old Trafford.

Beckham and Robson aren’t the only players he’s been likened to, either.

"The Premier League requires a lot of athleticism and a strong physical capacity,” he said.

“He can still grow more muscle. If he passes this milestone and does not pick up any injuries, he will win over [Solskjaer] I am sure.

"He can become a future Paul Scholes at Manchester United. He has all the qualities in midfield to become a leader."

Regarding Lingard, meanwhile, the England international recently admitted he wanted to play more.

"Obviously, the World Cup is a long way away but… you need regular football,” he said.

"I was so close to going to the Euros and I think obviously it plays a huge part and it's a big factor.

"If you're playing over 20 or 25 games, of course you know you're knocking on the door so I think it does play a big part in that.

"I'm not doing any harm at the moment - if I keep performing well and doing well you never know what might happen so I keep confident in myself and when I get on the pitch I've got to carry on doing what I'm doing.

"You want to start games.

"It's one of those things I'm going through at the moment but I think on recent performances hopefully we'll see a change in the next few weeks."