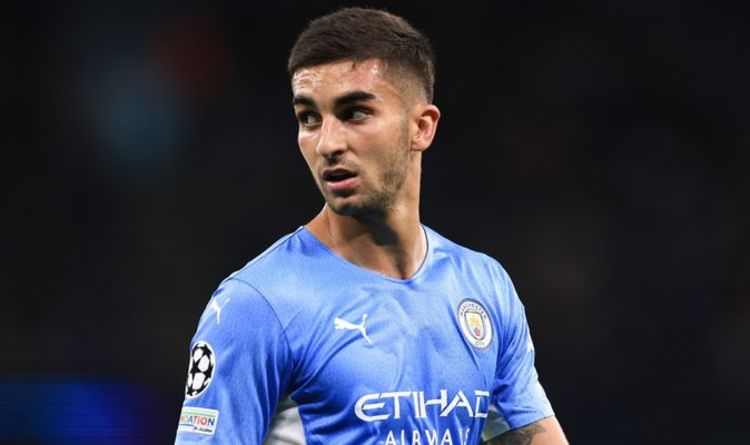 Manchester City star Ferran Torres could be denied his dream move to Barcelona in the wake of reports that the two clubs are miles apart in their valuations of the striker.

Torres is currently sidelined with a broken foot but that hasn't prevented the Catalan giants from opening up a dialogue with City over a January deal.

And although Torres is highly regarded in Manchester, it appears that the City hierarchy and Pep Guardiola are open-minded to facilitating an exit for the 23-year-old.

Torres is desperate to fulfill his dream of playing for the La Liga side - but their financial woes could scupper any hope of a deal being struck.

JUST IN: Everton fans refuse to walk out as 'mass protest' against Arsenal fails to materialise

According to Mundo Deportivo, City would be willing to sell Torres for around £51million; more than double the £21m they stumped up to prise the striker away from Valencia last year.

Barcelona, though, have only put together a package worth £38m for the City ace - meaning the two sides remain £13m apart in their valuations of Torres.

Barcelona also have to be mindful of La Liga's fair play regulations. In order to be able to register potential new recruits, such as Torres, the club needs to reduce their wage bill or boost their sponsorship income.

Despite that, the report goes on to state that there is cautious optimism from all parties that a compromise can be reached.