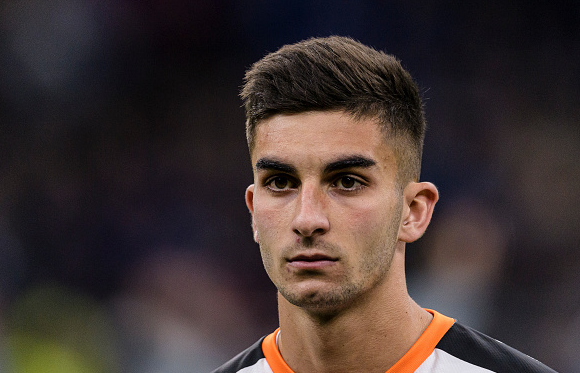 Ferran Torres is a priority target for Xavi Hernández in the winter market and Barcelona have reportedly already reached an agreement in principle with the Manchester City player.

Barca chiefs Mateu Alemany and Ferran Reverter recently made a trip to Manchester and held talks with the Citizens regarding the forward.

On December 2nd, Mundo Deportivo reported the Premier League winners are ready to negotiate the 21-year-old’s sale, but will not give any discounts to the La Liga side.

These claims are relayed in today’s edition of the newspaper and Mundo then provide more information on this case.

Sources familiar with the details of the negotiations have informed Mundo Deportivo that City want €60m for the Spain international. They believe it is a fair price, taking his age, profile and talent into account.

The same sources also state the Blaugrana would be willing to pay around €45m for the ex-Valencia star. Although there is difference of €15m in the valuation, the gap is ‘not considered insurmountable or unreasonable’.

That’s because Barcelona and Torres, who have already reached an ‘agreement in principle’, are of the belief they can agree a deal with Pep Guardiola’s side. It’s even explained the former two will ‘continue to fight’ to convince City to lower their demands.

Meanwhile, Mundo say Barcelona must either lower their wage bill or raise funds through sponsors in order to register Torres in the winter market.

To sum it up, Barcelona need to convince Manchester City to lower their demands for Torres and if they manage to convince the English champions, they then need to find a way to be able to register the attacker for the second half of the season.