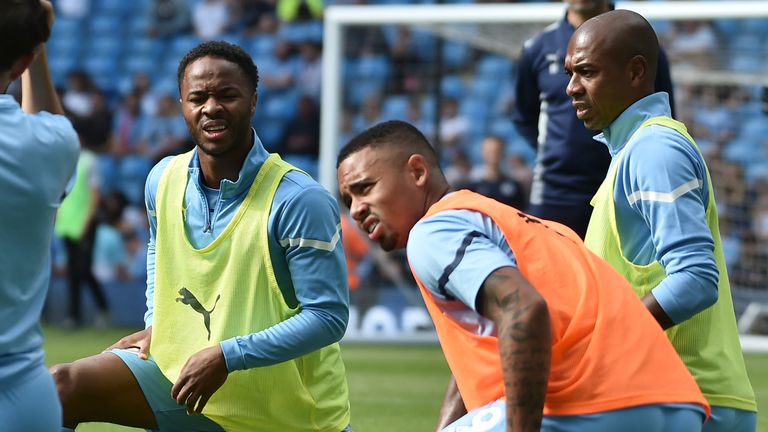 Team news and stats ahead of RB Leipzig vs Man City in the Champions League group stage on Tuesday; kick-off 5.45pm.

RB Leipzig welcome back Tyler Adams from suspension, which he served last time out against Club Brugge, but still have summer signing Iliax Moriba and Amadou Haidara injured.

Manchester City are without forward Gabriel Jesus for their final Champions League Group A game at RB Leipzig.

The Brazilian was injured in a challenge late in Saturday's victory at Watford and is not in the squad travelling to Germany.

Kevin De Bruyne will start as he steps up his return from coronavirus while youngsters Cole Palmer, James McAtee, Romeo Lavia, Joshua Wilson-Esbrand and Conrad Egan-Riley are included in the squad.

FREE TO WATCH: Highlights from Manchester City's win against Watford in the Premier League.

That means they will be seeded in the last-16 draw on Monday December 13 and will play the first leg of their last-16 tie away from home against one of the group runners-up.

No team can play a club from their group or any side from their own country - potential opponents for Guardiola's side include Sporting Lisbon, Real Madrid or Inter and AC Milan or Porto.

Follow live updates on skysports.com and the Sky Sports app from 4.30pm on Tuesday; kick-off 5.45pm.

You can also follow on Gillette Soccer Special live on Sky Sports News and Sky Sports Premier League from 7pm.