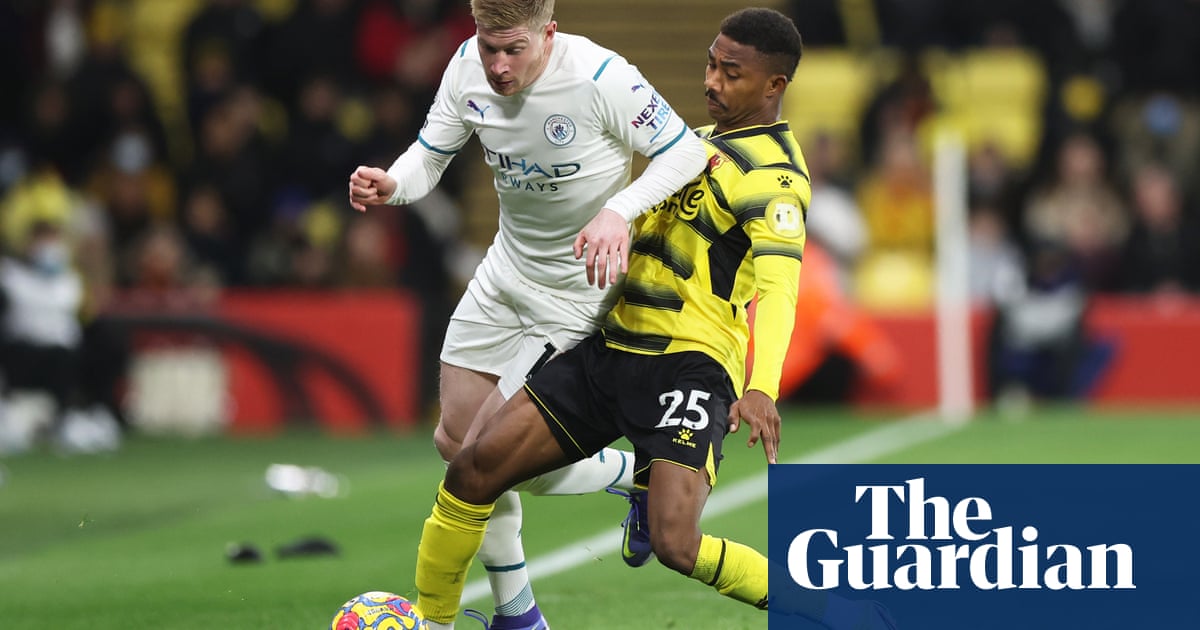 Pep Guardiola has urged Kevin De Bruyne to show his best form for Manchester City, with the playmaker to start at RB Leipzig on Tuesday as he returns to full fitness following coronavirus.

Before the illness the Belgian believed he was finding his optimum rhythm after sustaining a serious facial injury in the Champions League final defeat to Chelsea in May and damaging ankle ligaments at Euro 2020.

De Bruyne’s 67th-minute substitute appearance in Saturday’s 3-1 win at Watford was his first for City since a 2-0 win at Manchester United on 6 November. Guardiola confirmed the 30-year-old will be in the XI for City’s final Champions League group game at Leipzig, with his side already through to the knockout phase as the group winners.

Guardiola said: “Now he has to come back and fight for a position like everyone else. But Kevin doesn’t have to show absolutely anything to me. He has to come back being himself and show himself he’s back, and do what he has to do. Like he has done the last five or six years, every single three days.”

Guardiola said: “Of course the competition is so necessary in the team and he knows it, but Bernardo knows it, and Gündogan knows it, and all the wingers and strikers know it. They know they have to play good, playing five minutes, 10 minutes or 90 minutes, and that’s all. I know all of them, they don’t have to show me anything.

Regarding De Bruyne, Guardiola said: “Kevin got corona – he was growing in his physical condition [before] and everything and then it was a setback. It’s normal because the people who suffer corona in the next days, they feel so empty. So now it is step-by-step - he played the first 30 minutes [at Watford]. On Tuesday he will start and we’ll see how many minutes he can play.”

Guardiola aimed a barb at Watford’s Craig Cathcart for a challenge on Jesus that has ruled the latter out of the trip. “Gabriel cannot fly to Germany because of the orange-yellow card in the last game,” he said. “He has a problem and he is not fit to play.”