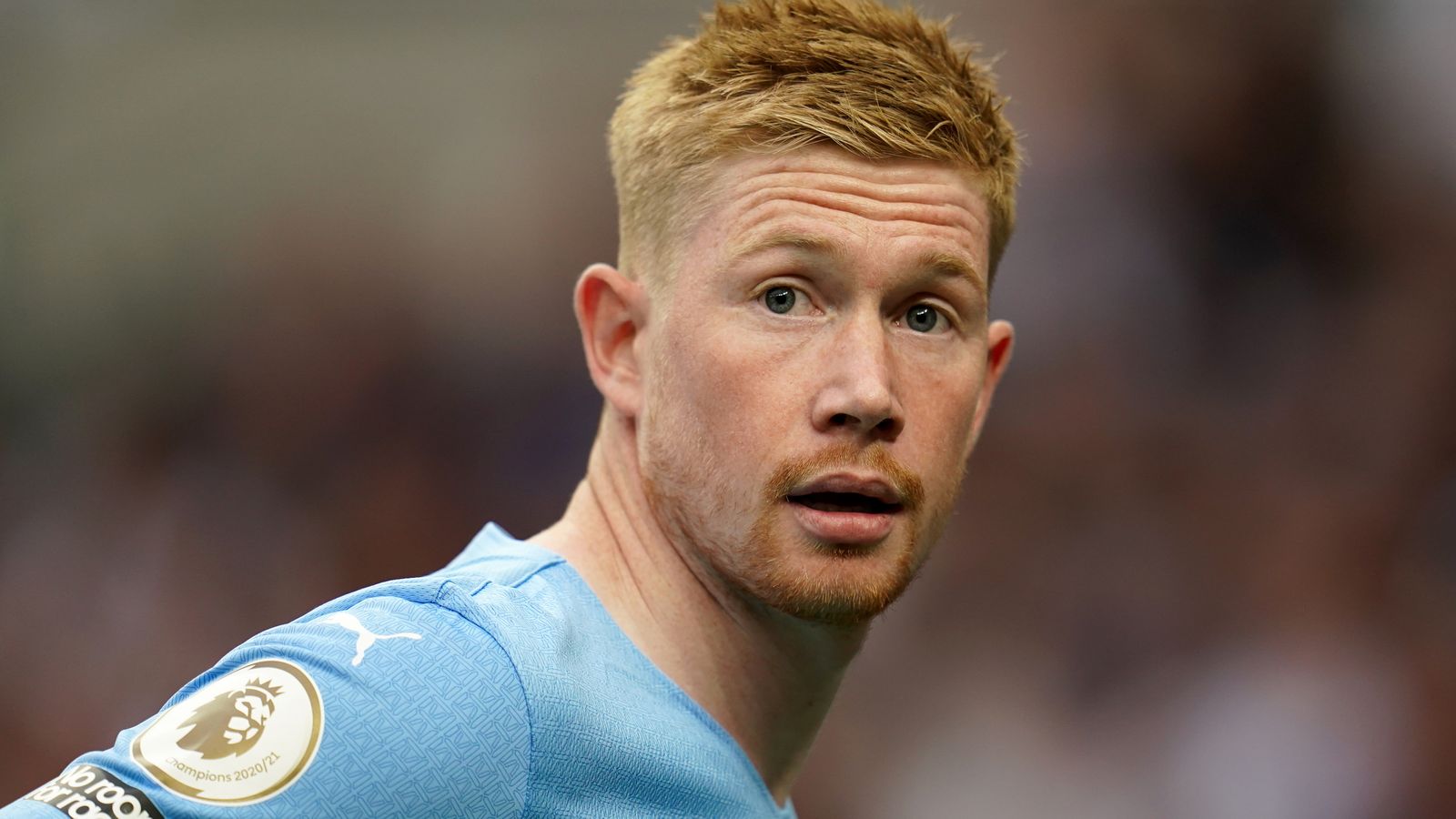 Pep Guardiola said Kevin De Bruyne will start in Manchester City's final Champions League group clash with RB Leipzig, insisting the midfielder has nothing to prove despite struggling to reach his usual levels this season.

De Bruyne came on as a substitute in City's Premier League win at Watford at the weekend, but has not started for his club since the derby victory over Manchester United on November 6 after he tested positive for coronavirus.

It has not been a vintage season for De Bruyne so far, who is yet to register a single Premier League assist this term. Guardiola, speaking ahead of his side's trip to Leipzig, defended the midfielder's form, however.

"Kevin was growing in his physical condition and then he had the setback," Guardiola said. "People who have suffered coronavirus, after they feel empty. Step by step he will play the minutes. Tomorrow he will start.

"Kevin played the season from the beginning. He arrived from Euros and last season, not in good condition and then had coronavirus.

FREE TO WATCH: Highlights from Manchester City's win against Watford in the Premier League.

"We've got him back, fighting for a position like everyone. He doesn't have to show me anything, just to show he's back and himself. Do what he can do for the last five years. He's so necessary for the team. Bernardo and Gundogan know it, you have to be good for 90 minutes."

City's victory over Paris Saint-Germain in their last group match means they are guaranteed to progress to the last 16 as group winners, regardless of what happens in Germany, where the match will be played behind closed doors due to stricter COVID-19 restrictions.

Without much to play for, Guardiola admitted he may be tempted to play some youngsters, and insisted that the talented proteges he has at his disposal are in the best place to continue their development, rather than seek a loan move elsewhere.

"We have an incredible academy," Guardiola said. "The first team is important. For them (young players) it's an incredible experience in Europe, to see how opponents behave. Maybe tomorrow some can play minutes. We have five substitutions and maybe we can use them.

Image: Cole Palmer is one youngster who could get some minutes in Leipzig

"They are 18, 19. You have everything ahead of you. The potential they have, they are fantastic young players. They need to settle perfectly how we behave. The potential is there.

"They'll stay here. We don't have loans and we need them. We try to let them improve in the way we believe. They are training with the first team, the competition is so high, the quality the rhythm. That's why it's good to stay with us."

City have won their last seven games in all competitions and, despite the encounter in Germany having little riding on it from their point of view, Guardiola wants to maintain the momentum.

"Of course, all the guys who play tomorrow want to win. We have respect for the competition," he said. "Every game is a good opportunity to improve and there are many things we can do better. The players will know it."