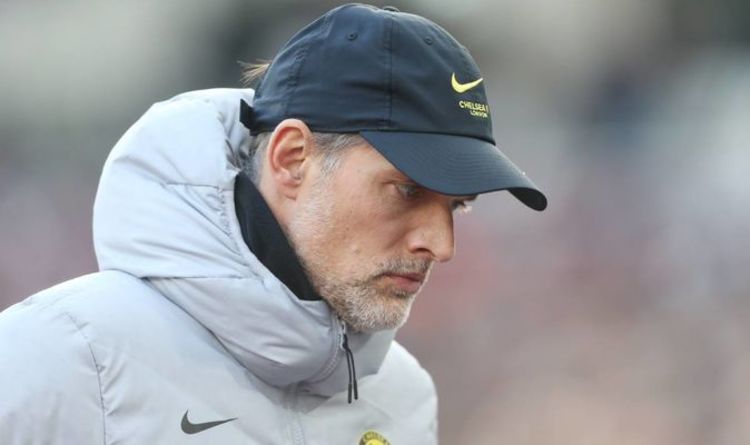 Thomas Tuchel must find a tune out of Kai Havertz and Christian Pulisic, who cost a combined £147million, soon or face falling further behind in the Premier League title race. Liverpool and Manchester City overtook them in the table after a loss to West Ham on Saturday.

Chelsea are in the midst of their first wobble under Tuchel, who has had a fine start to life at Stamford Bridge.

In under six months, he took the Blues from ninth in the Premier League to Champions League winners in a sensational turnaround.

A strong start to the season this year has given top dogs Liverpool and City something to worry about in the title race.

But their lead at the top has slipped in recent weeks with several dropped points, first to Burnley prior to the international break.

The warning signs were there in a game that Chelsea dominated through possession but still drew 1-1 in a result that must have felt more like a defeat.

Havertz scored on that day but he has not hit the net since and struggled to get into the match against Manchester United and West Ham - two further games where points were dropped.

The Germany international will forever be etched into the club’s history after scoring the winner against City in the Champions League final.

But after a season in the Premier League where he scored just four times, the 22-year-old needs to start putting in the numbers that made Chelsea part with £72m - making him their most expensive signing at the time.

The same can be said for Pulisic, who has been irritated by the constant rotation of his services by Tuchel at the club in the past.

However, the German coach can feel vindicated when the United States international, who cost the Blues £58m, fails to make an impact - most recently against the Hammers where his introduction basically killed Chelsea’s attack where Hakim Ziyech was more useful.

While both Havertz and Pulisic might feel such criticism is harsh - bear in mind they are still just youngsters - it is a situation that both Liverpool and City will brutally expose.

Tuchel has ambitions to win the Premier League but, to borrow a Jose Mourinho phrase, the title race is between two horses and a little horse that still needs milk and to learn how to jump.

The Portuguese coach said that all the way back in 2014 - fast forward seven years and Chelsea find themselves in the same situation.

Chelsea have an abundance of young talent that have high ceilings but it is that lack of experience that might end up costing them this season.