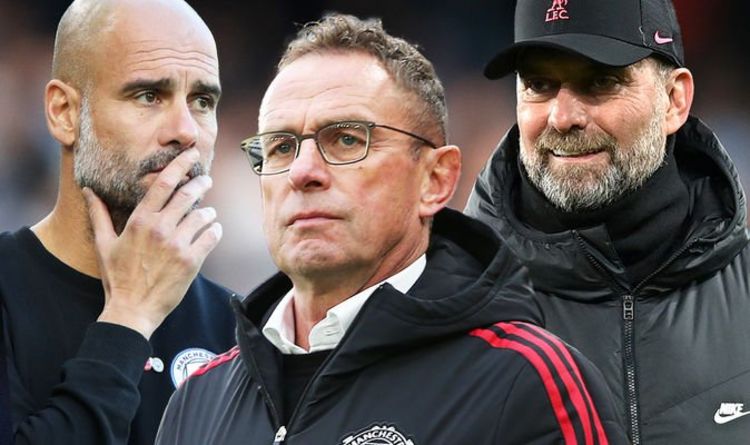 Manchester United's first game under new interim boss Ralf Rangnick gave fans an exciting glimpse into life under the former RB Leipzig chief. United looked a completely transformed side in the 1-0 win over Crystal Palace despite only having a few training sessions with the German. The win left United in sixth place in the Premier League table, and could have helped to relaunch the careers of two forgotten men at Old Trafford.

Alex Telles and Diogo Dalot arrived at United at different points in their respective careers, but for significant transfer fees all the same.

Dalot was signed by Jose Mourinho in a deal worth £19million, but has played just nine times in the Premier League over the last three seasons.

Telles, who joined last summer for £16m from Porto, arrived with lofty expectations after his time in Portugal.

But he too struggled for game time under previous boss Ole Gunnar Solskjaer, and there were rumours linking him with a move away in the previous transfer window - just a year after he arrived.

But both look like they've been given new life and new roles in the side under Rangnick.

In recent years, Liverpool and City have competed for the Premier League title with their free-flowing football while United seemed to have no plan and no style of play.

Liverpool's high-flying full-backs Trent Alexander-Arnold and Andy Robertson have been a revelation for Jurgen Klopp, while City boss Pep Guardiola has Kyle Walker and Joao Cancelo on his hands.

But despite some decent form at times from Luke Shaw, United have never been able to lean on their full-backs for a similar level of attacking output.

Rangnick may have denied he had any role in selecting United's team for games against Chelsea and Arsenal, but his blueprintt was clearly all over the side, neither of which included either Shaw or Wan-Bissaka.