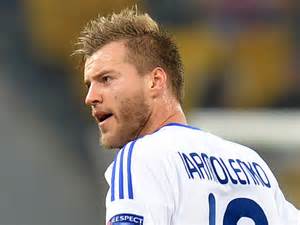 It was inevitable that after Genoa appointed Andriy Shevchenko as manager, the Serie A club would be linked with Ukraine players.

The 2004 Ballon d’Or winner took over at Genoa on November 7th, having been waiting for a suitable position since leaving his post as manager of the Ukraine national side following a decent performance at Euro 2020.

Pianeta Genoa have a story they’re running as an exclusive, which says talks are now ongoing to sign a Manchester City player and one from West Ham.

It’s no surprise that the pair are Oleksandr Zinchenko and Andriy Yarmolenko, who both played under Shevchenko for the national side.

The report takes Zinchenko’s €28m Transfermarkt valuation and says such a figure would be no problem in January, with new investment in place at Genoa. However, Transfermarkt isn’t an online supermarket, and they’d need Manchester City permission.

With just 389 minutes of football this season, spread over seven appearances, there’s a reasonable chance Pep Guardiola’s side would allow an exit.

Over at West Ham, Yarmolenko’s contract expires in the summer so they may be willing to accept a small fee in January. Pianeta Genoa believe talks for the attacker are going well, although they don’t make it clear whether those talks are with the player’s agents or West Ham.