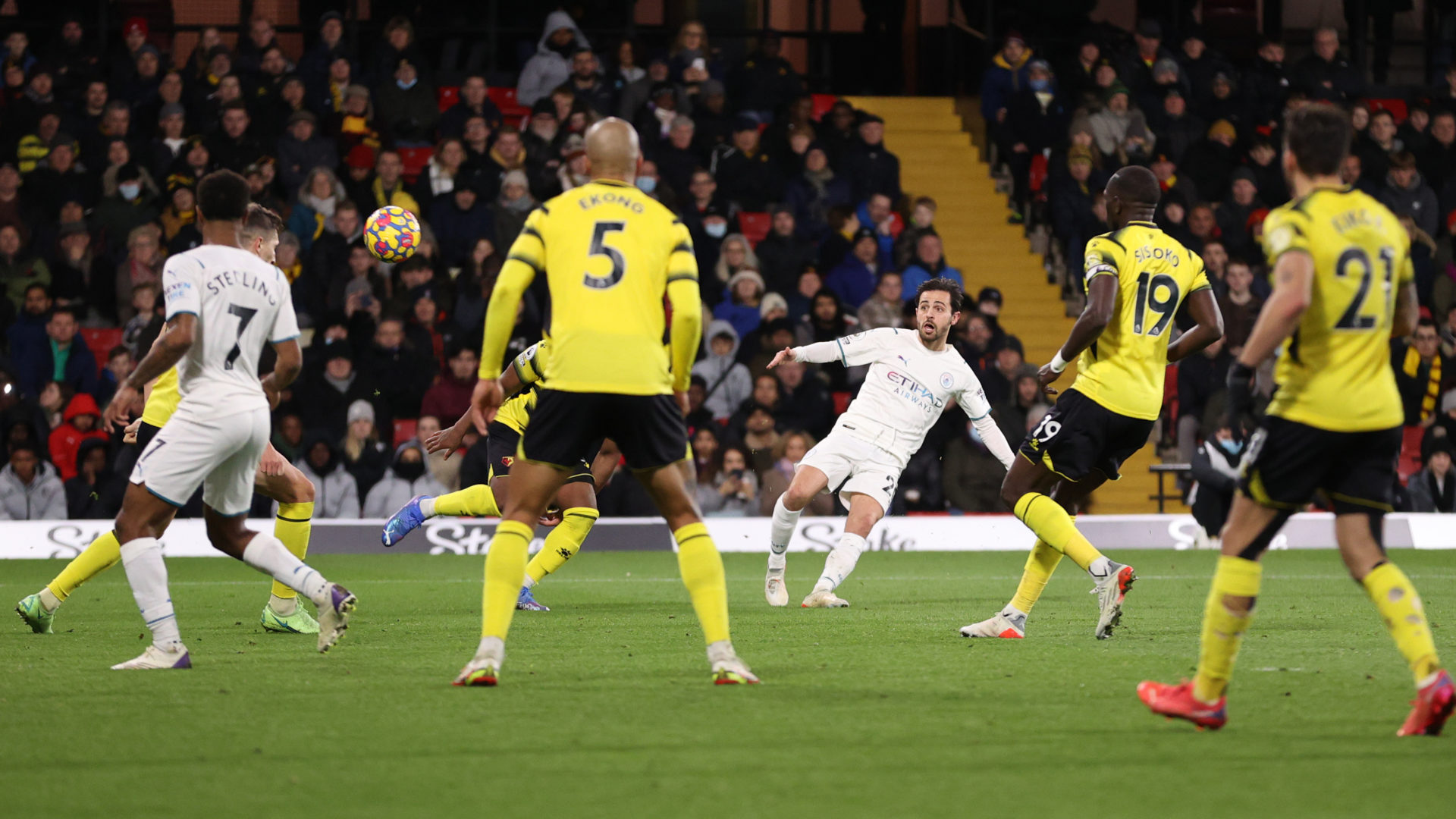 Liverpool supporters praised Bernardo Silva after he scored a brace for Manchester City during their 3-1 win against Watford on Saturday.

In what was a big game week in the title race, both Liverpool and Manchester City went to the top of the Premier League table on Saturday.

After Chelsea were beaten by West Ham in the lunchtime kick-off, the Reds leapfrogged them in the table after scoring a stoppage-time winner at Wolves.

That was followed up by Pep Guardiola’s men easing past Watford at Vicarage Road in the evening, with Silva scoring his third goal of the week.

There is a lot of talk about whether the Portugal international is the best player in the Premier League right now.

But that was dismissed by Liverpool fans, who appreciated the quality in Silva’s boots, but they don’t think he matches Salah’s form right now.

The Egyptian speedster was at it again yesterday because it was his quite outstanding assist that resulted in Divock Origi coming off the bench to score a later winner.

Salah is currently the Premier League’s top scorer and assist-maker.

Liverpool fans made it clear that Silva’s number don’t touch those of Salah’s, even though they think the £43 million Man City star (Sky Sports) is unplayable at times.

In 15 Premier League games, Salah has an incredible 13 goals and eight assists to his name – that’s 19 goals and the same number of assists from 20 matches in all competitions.

As for Silva, he has seven goals and one assist from his 14 league games. He is yet to find the back of the net in any other competition, including from five Champions League matches.

Nonetheless, this is what Liverpool fans had to say about Silva after his performance yesterday.

remember when Gundogon went on that scoring streak…..