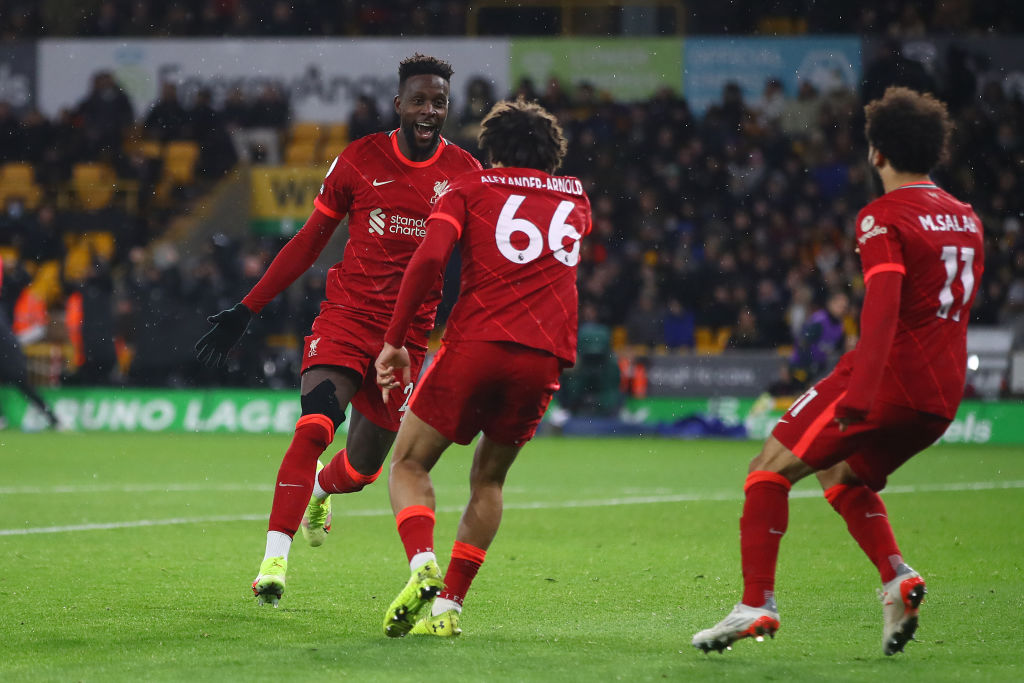 Liverpool fans have taken to Twitter to react after seeing how Kostas Tsimikas reacted to Divock Origi’s late winner against Wolves.

Well, Origi handed Liverpool a major boost in the Premier League title race, as he netted in the 93rd minute at Molineux to secure all three points.

It was a strike which sent Liverpool fans into raptures all over the planet, but one which also had the Liverpool bench going crazy as well.

One of those who was on the bench at the time was Tsimikas, and the Liverpool fans loved seeing his reaction to Origi’s goal.

As you can see, the £11.75m man goes absolutely wild at the Belgian’s stoppage time strike, and you can understand why.

It was the 26-year-old’s second Premier League goal of the season, despite playing just 38 minutes of football in the league this term.

What a time to get it.

How does the Premier League table look for Liverpool after win over Wolves?

Well, Origi’s goal fired Liverpool to the top of the Premier League, although as things stand, they are now second after Manchester City went 1-0 up against Watford.

Should the Citizens see the win out, Jürgen Klopp’s men will end the day in that position, albeit just one point behind Pep Guardiola’s side with 34.

Liverpool’s Saturday started off superbly as Chelsea suffered defeat to West Ham, in what could turn out to be a pivotal result come May.

Impressively, the Reds have scored far more goals than Manchester City and Chelsea, netting 44 in comparison to City’s 30 and Chelsea’s 35.

Liverpool have also lost just once, whereas City and Chelsea have lost two games each.

For now, let’s see what the Liverpool fans on Twitter have been saying about Tsimikas…

The guy is nuts I love him

this lad is totally crazy 😂😂

He loves this club