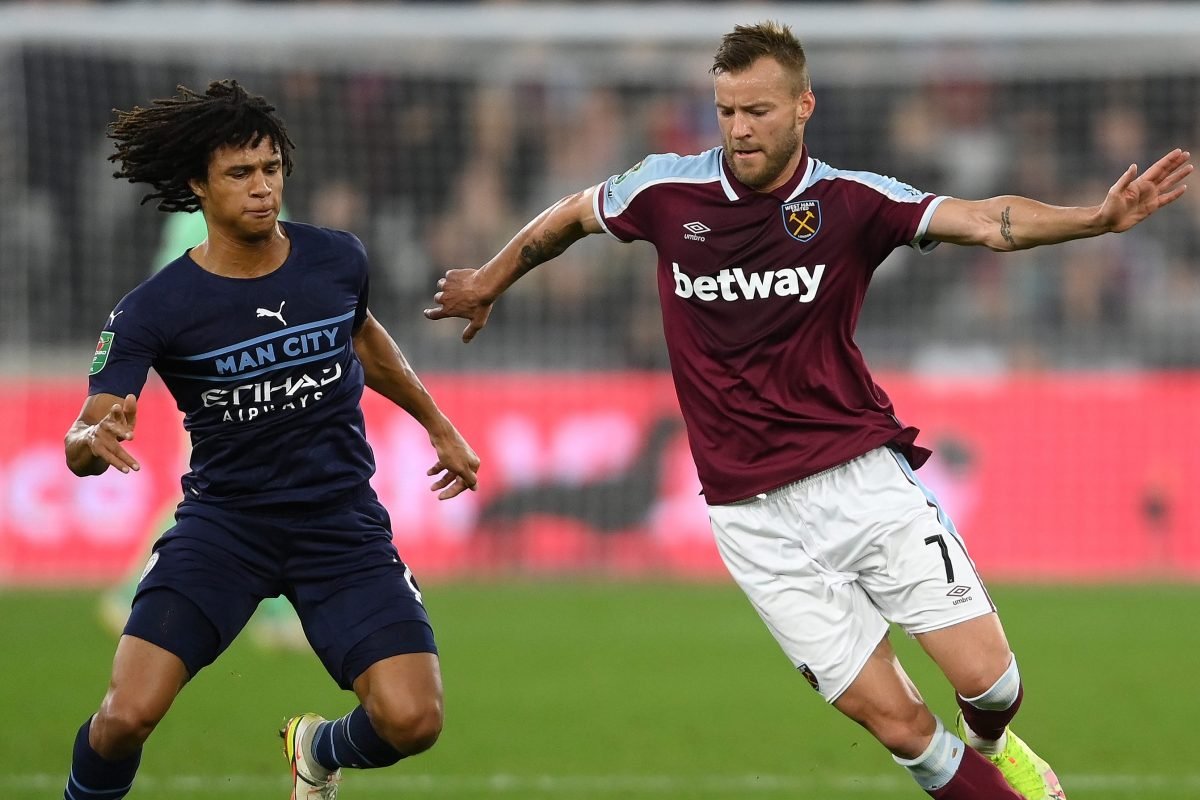 The 26-year-old arrived at the Premier League champions for £40million from AFC Bournemouth in 2020 (BBC) but hasn’t been a regular feature in Pep Guardiola’s side.

Irons’ boss David Moyes is believed to be in the market for a centre-back following the serious injury suffered by Angelo Ogbonna.

According to a report from 90min, as cited by Toby Cudworth on Twitter, the Hammers are considering a move for Ake.

Club in the market for a new CB after Angelo Ogbonna's injury and haven't won any of the 3 PL games he's subsequently missed. Loan/permanent deal both options.@90min_Football https://t.co/6ImdiMvsqy

The report claims that the 23 times capped Dutchman has been identified as the ‘primary target’ at the London Stadium heading into January.

So far this season Ake has made nine appearances across all competitions for City, scoring once and earning a 6.90 Sofascore rating from five league outings.

Valued at £28.8million and under contract in Manchester until 2025 (Transfermarkt), the report moots a possible loan deal until the end of the season that includes an obligation to buy.

An experienced operator at both domestic and international levels, Ake would be a shrewd signing for the Hammers and would allow Moyes to carry on seamlessly with four recognised options in tow.

Capable of playing as an out and out centre-back as well as at left-back and defensive midfield, the Dutchman would also add impressive versatility to the squad.