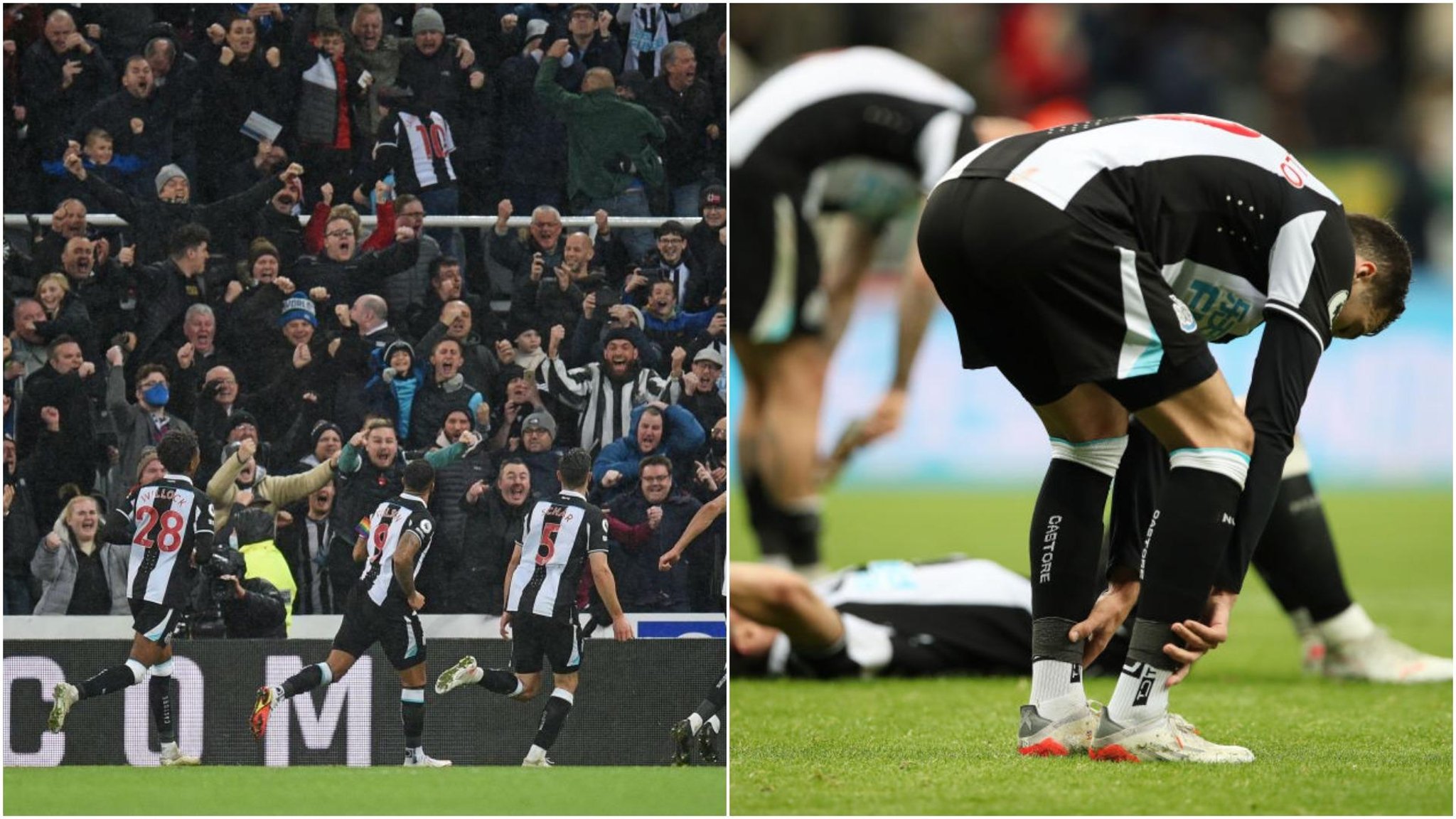 United sit bottom of the Premier League and without a win in their opening 14 matches. There may still be 24 matches and 72 points left to play for, but no side has ever remained in the Premier League following such a poor start.

Next up for Eddie Howe’s side at St. James’s Park is fellow strugglers Burnley, who sit three points above The Magpies in 18th following their midweek draw at Wolves.

Failure to win this weekend risks Newcastle being cut adrift going into a brutal festive schedule.

Burnley complete the bottom three level on 10 points with Norwich but with a significantly superior goal difference.

Above the dotted line in 17th are newly promoted Watford on 13 points while Southampton, Leeds United and Everton are directly above all with 15 points and -7 goal difference. Aston Villa, Brentford and Crystal Palace complete the bottom half on 16 points apiece.

It’s this mini-league of teams that will play a huge part in whether Newcastle are able to keep their top-flight status intact.

So far, they’ve played Watford, Villa, Southampton, Leeds, Palace, Brentford and Norwich and failed to beat any of them, hence their perilous position.

A win is a must for Newcastle this weekend and fortunately their record at home to Burnley is very good as they are unbeaten against The Clarets in the Premier League era.

But Sean Dyche’s side are unbeaten in their last five league matches and have drawn six of their last eight. It will be a stern test for The Magpies, who simply can’t afford to drop more points.

Victory for Newcastle would see them move level on points with Burnley, though it would require a win by four or more goals to overtake them.

Elsewhere, Norwich face a tough trip to face an inconsistent Tottenham Hotspur side. Defeat for Norwich would see Newcastle overtake them in the table, should they win.

If Watford lose to Man City, as expected, a Newcastle win would leave them just three points off safety with 23 games to turn their season around.

With the best case scenario still pretty bleak, the worst case scenario almost doesn’t bear thinking about. But if Newcastle have taught us anything over the years, it’s to fear the worst and hope for the best.

Defeat for Newcastle could leave them up to nine points from safety should every result go against them.

If Newcastle lose and Norwich win at Tottenham, they would then be six points adrift at the bottom of the table.

And heading into a busy festive period with matches against Leicester City, Liverpool, Manchester City and Manchester United – it’s tough to see how Howe would turn things around from there.

Describing a game as ‘must-win’ so early into the season comes across as a bit of an exaggeration. But in this case, it’s not far from the truth.