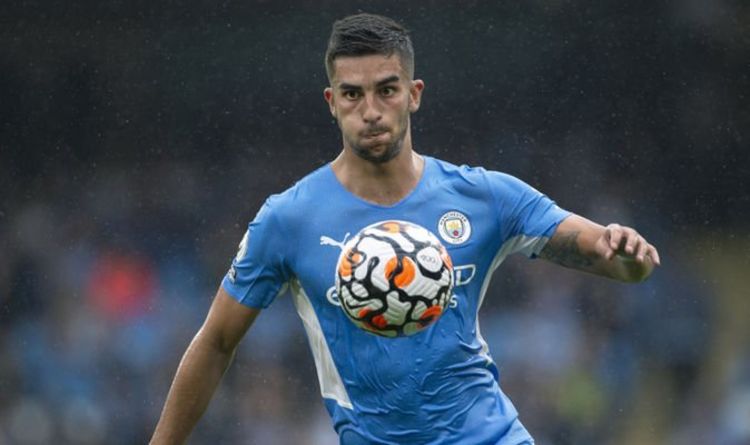 Manchester City ace Ferran Torres is closing in on a move to Barcelona after Pep Guardiola reportedly told the player he wouldn’t stand in the way of a return to Spain. Torres only joined City from Valencia last year but has his heart set on a move to the Nou Camp.

Torres hasn’t played for the Citizens for over two months after injuring his foot in Spain’s Nations League final defeat at the hands of France in October.

And, according to reports in Mundo Deportivo on Thursday, Torres has already agreed a five-year deal with Barcelona.

City manager Guardiola has told the 21-year-old he can leave in January and all that remains to be done before the deal is completed is for the two clubs to agree a transfer fee.

Barcelona are in an egregious financial situation after being hit hard by the coronavirus pandemic.

And they have recently targeted players who they can sign for free - so it remains to be seen how much the Catalan giants are willing to splash out on Torres, who cost City £20m 16 months ago.

Barca appointed Xavi as their new boss last month and club chiefs will reportedly back him in the transfer market to ensure he can build a squad that can compete for honours so City could get the fee they are looking for.

If Guardiola does lose Torres, the manager will likely be bitterly disappointed as the youngster showed glimpses of brilliance during the early part of this campaign.

The forward started the Citizens’ first four games of the season and starred in their 5-0 thrashing of Arsenal in August as he found the back of the net twice and contributed an assist.

City could have done with Torres in recent weeks as they have suffered a midfield injury crisis.

“He’s a completely different physical specimen to what he was last season - he looked like he couldn’t run at full power or at full speed,” Neville said.

“It takes a bit of time sometimes to pick up Pep Guardiola’s system and way of players.