‘Something has changed’: Some Villa fans react to Smith signing’s ‘magic’ display under Gerrard
HITC 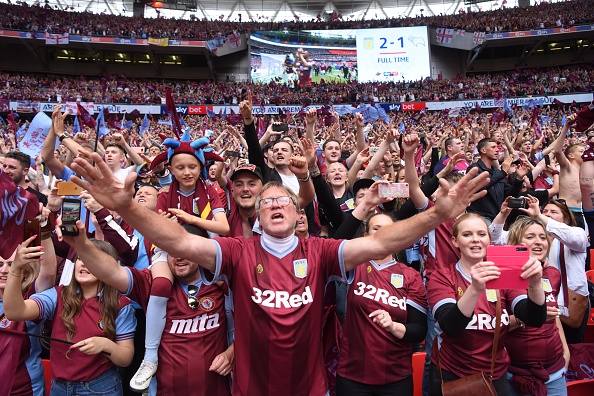 Aston Villa were beaten 2-1 by Manchester City on Wednesday night but did see some promising signs from Emiliano Buendia.

Steven Gerrard came into the game with two wins from two as Villa boss, but a game against City was always going to be a tough ask.

Ruben Dias and Bernardo Silva struck in the first half to give City a 2-0 lead, and that looked like game over.

Gerrard’s men battled away though and pulled one back through Ollie Watkins, giving City a real scare in the second half.

Carney Chukwuemeka had a golden chance saved by Emerson as City held on for the win, but Villa’s performance after the break will have impressed many.

A number of Villa players showed promise despite the defeat, with Buendia one of them.

Buendia was a big-money signing from Norwich City over the summer. The Argentinian had shown great creativity at Carrow Road, so many thought he could replace Jack Grealish.

So far though, Buendia has yet to really live up to his billing at Villa.

New boss Gerrard is persevering with Buendia though, and Villa fans were impressed with his performance against City.

Some Villa fans took to Twitter to praise Buendia, believing there are flashes of real ‘top-end talent’.

Others think that Buendia was ‘magic’ against City and ‘something has changed’ for him under Gerrard.

There is a belief that this was Buendia’s best display in a Villa shirt, with fans hoping there is more to come.

Emiliano Buendia is really starting to show flashes of top-end talent. Vision and creativity. I don't think we'll have to wait too much longer before he's consistently a key player for us.#AVFC

Thought Buendia had his best game for Villa last night:

Looked bright on the ball and worked hard for the team. Think he’ll been better again vs teams who sit back and give him space. City closed him down in numbers and easily dispossessed him at times. Overall, good game #avfc