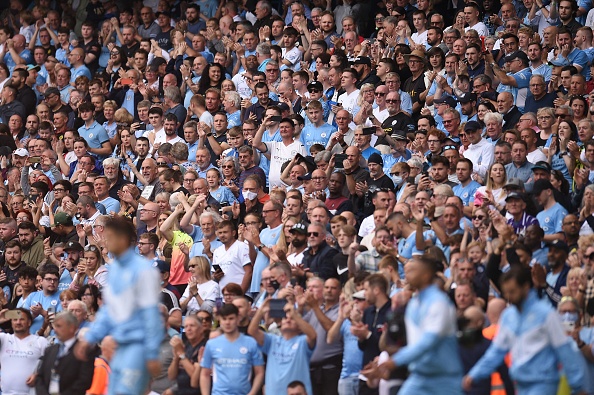 As per City Xtra, the England international has now reached 150 goal involvements in the Premier League, with the winger just two goals off the elusive 100 Club in the English top-flight.

Given Sterling’s age, it is quite a remarkable feat from the 26-year-old. And it was overall a night to remember for the attacker, with Pep Guardiola lauding the forward for his display against Villa.

The City boss told the club’s official website: “Today I would like to praise Raheem. He played the best game since a long time ago. Hopefully, he can continue this way as he was exceptional.”

With Sterling struggling for form for most of the season, the attacker has really come into his own in recent weeks. The winger was on the scoresheet against PSG and Everton in City’s last few games of November.

Moreover, Sterling’s involvements are coming in big games, with the forward’s assist last night opening the scoring for City in what was to be a crucial goal for Guardiola’s side.

With Sterling now on 150 Premier League goal involvements, it really shed some light on how incredible a talent the City winger is, with the forward receiving mountains of praise from supporters on social media.

Indeed, the England star has been on the backend of criticism from some fans all season. Yet his performance last night was a reminder of how good Sterling can be.

We disrespect him so much

In other news, Report: 25-year-old's Tottenham transfer stance explained, Conte thinks he can save him