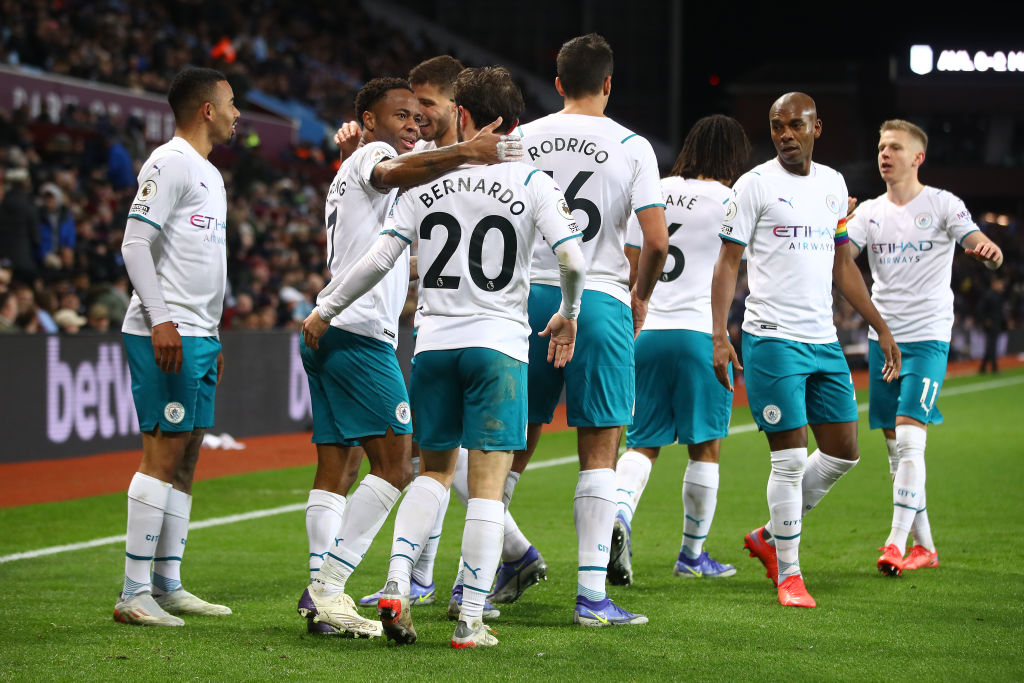 Manchester City continued their charge for the Premier League title with a 2-1 win at Villa Park, yet it was Bernardo Silva’s goal that had everyone talking.

The Portuguese winger scored what could be a strong contender for Goal of the Season. A swift counter-attacker saw Gabriel Jesus burst down the right-wing, and the attacker’s cross was met first-time by Silva in the penalty box, who rifled the ball past Emi Martinez with power and precision.

Indeed, it was a quite sensational hit from the £150,000-a-week playmaker. And a further testament as to how important Silva has become for City this season following a summer where his future with the club looked uncertain.

With Liverpool and Chelsea also winning last night and West Ham once again dropping points, there’s a feeling of a real title race in the Premier League this season, with first and third separated by just two points.

Whilst Villa did pick up the pace in the second-half, City were able to see out the fixture with a 2-1 win and the three points. Yet even well after the full-time whistle, Silva’s goal was the talking point on everybody’s lips.

After all, it was a brilliant hit from the former AS Monaco star. Silva is now on five Premier League goals for the season, and it will be incredible if the Portuguese international somehow tops his strike from Villa Park last night.

With Silva continuing his resurgence as one of the best players in the Premier League, many City supporters on social media were in dreamland after the 27-year-old’s goal against Villa, with some fans lost for words over the Benfica academy graduate after his exploits last night.

The man is a joke😷 https://t.co/WHILgvkwnq

Unreal love this time we are so good come on City 💙💙 https://t.co/sTCPOvxp8s

I don't care what this man wants but please don't release him. This man is an asset to our club🥶🥶 https://t.co/0BMgdlFTmY