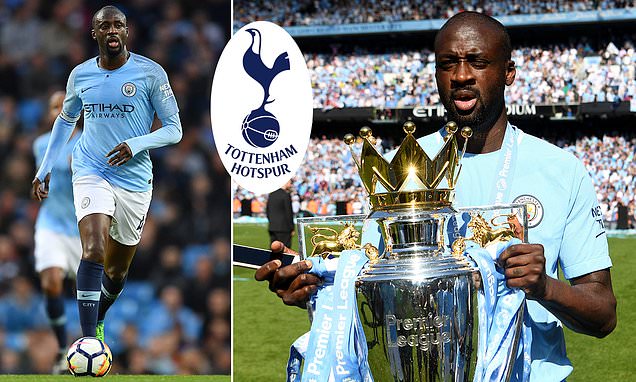 Former Manchester City midfielder Yaya Toure is working with Tottenham's academy this week as he builds towards his coaching badges.

The 38-year-old, who played 316 times for City between 2010 and 2018, started at Hotspur Way on Wednesday to gain more experience.

It is understood he will spend a couple of days a week at the club as he continues towards his A License, though there is no set time.

Toure will work in a department overseen by academy manager Dean Rastrick, working alongside Chris Powell, and will have no direct involvement with the first team.


There is a promising crop of youngsters in the Spurs academy, with 17-year-old striker Dane Scarlett tipped for big things while Dilan Markanday recently became the first British-Asian player to represent the first team.

The Ivorian, who retired from playing in 2020, has previously spent time working with QPR and most recently the FAW, and has held coaching positions at Ukrainian club Olimpik Donetsk and Russian side Akhmat Grozny.

But he did not see eye-to-eye with Pep Guardiola, who had managed him at Barcelona

However, with his family located in London, Toure was keen to build his experience closer to them and has found Spurs to be accommodating.

The 38-year-old won seven major trophies at Barcelona, including two LaLiga titles and the Champions League, before moving to City in 2010.

He scored the winner in the 2011 FA Cup final as the club won its first trophy in 35 years and went on to lift three Premier League titles and two League Cups in eight seasons at the Etihad.