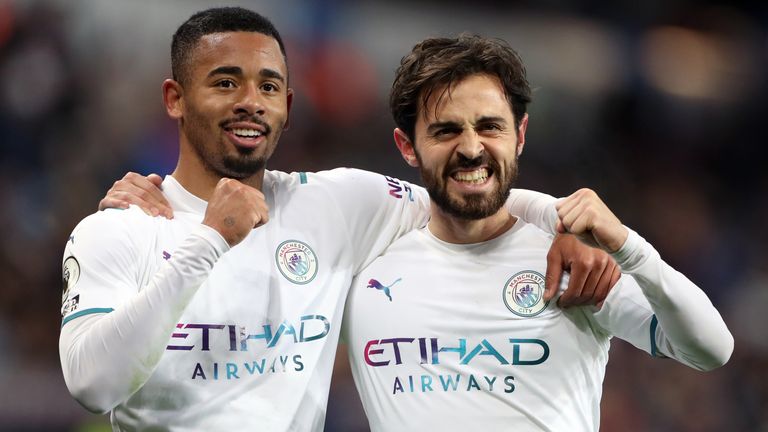 Steven Gerrard suffered his first defeat as Aston Villa boss as Man City secured a 2-1 victory at Villa Park to keep the pressure up on Premier League leaders Chelsea.

Pep Guardiola's side produced a scintillating opening 45 minutes of football and took a deserved lead into the half-time break thanks to Ruben Dias' strike and a stunning volley from Bernardo Silva after a blistering counter-attack from the visitors.

Despite City's early dominance, Aston Villa gave an excellent account of themselves and they hit back straight after the interval through Ollie Watkins.

It set up a tense finish to the game and substitute Carney Chukwuemeka was brilliantly denied an equaliser by Ederson as Man City, who brought on Jack Grealish late in the game as the £100m signing returned to boos at his former club, held on for a hard-fought victory that keeps them second in the table behind Chelsea.

Meanwhile, Villa's winning start under Gerrard comes to an end as they stay 13th.