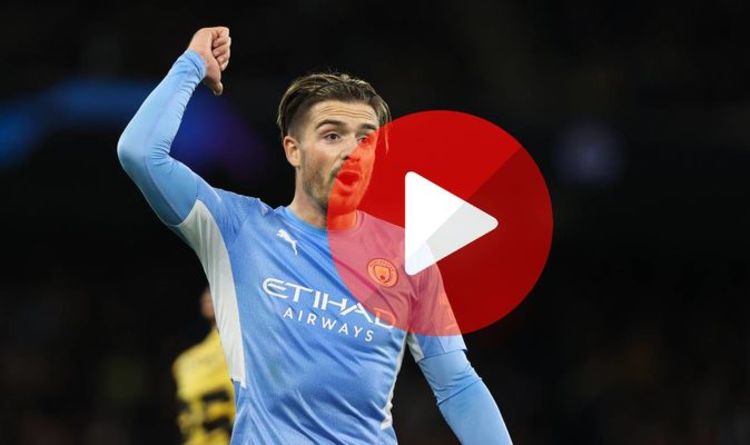 Manchester City will be taking on Aston Villa at Villa Park this evening. City are just one point behind league leaders Chelsea, and will be looking to close the gap - but are facing a Villa side who have won two from two since the appointment of Liverpool legend Steven Gerrard. If you want to tune in to all the action from City vs Villa then you'll be able to watch a free live stream tonight, as the game is being broadcast on Prime Video and Amazon offers a 30 day free trial to new members.

Gerrard's old side, Liverpool, are also playing today and are just one point behind second placed City.

And if the Anfield legend manages to take points off Pep Guardiola's side he would be doing the club where he spent virtually all of his playing career a big favour.

But after wins against Crystal Palace and Brighton, today's match against City is undoubtedly Gerrard's toughest test so far in the Premier League.

Meanwhile, for City the big talking point will be Jack Grealish potentially facing his former club after his big money summer transfer move.

If you want to access a free City Villa live stream then this is what you need to know...

To tune-in to City vs Villa today (kick-off 8.15pm), you'll need access to Prime Video. This is available as a standalone subscription – like rivals Disney+ and Netflix – at £7.99 a month. However, the video streaming service is also included as a perk of the annual Prime membership scheme, which also includes a number of other benefits, like speedy next-day delivery on items from Amazon at no extra cost, access to Prime Reading ebooks on their Kindle, free streaming from Amazon Music, and Prime Gaming.

Regardless of whether you have Prime Video as part of an annual Prime membership or a standalone subscription, you'll enjoy the same experience within the app itself. Sports, shows and movies can be streamed via Prime Video on a smartphone (apps for both iPhone and Android are available), tablet (Android, iPad and Amazon Fire tablets are all supported), as well as a number of streaming devices, including Amazon Fire TV, Roku, and Apple TV.

You'll need to install the correct Prime Video app for your device and sign in with your account details before you're able to stream the action.

Not everything available as part of your Prime Video subscription will be available to watch when you're away from the UK. Prime Video, just like Netflix, BBC iPlayer, Sky Go and a number of other services, place restrictions based on your current location, which is determined by the IP address that your device was assigned when you connected to the internet. It's possible to bypass these geo-restrictions by employing a Virtual Private Network, or VPN, service. You can find some of the best options below...