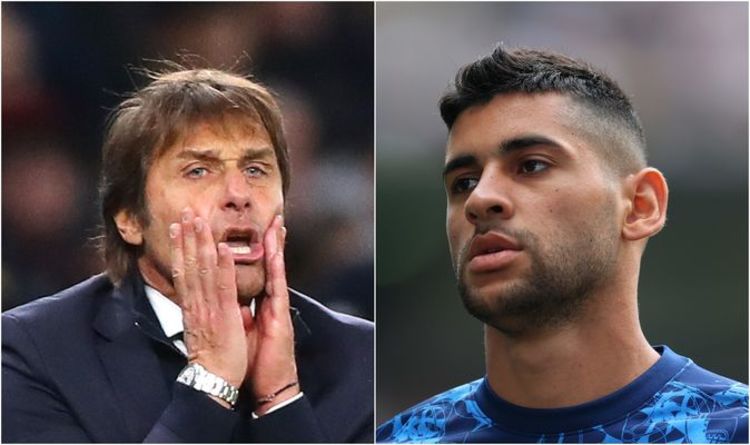 Antonio Conte has delivered bad news to Tottenham fans as Cristian Romero's injury is set to keep him out of action until at least the end of the year. Only last week, Conte was discussing the scale of the task on his hands in north London, and the absence of one of their most talented defenders is only set to make things harder.

Tottenham have been out of action for longer than most after their weekend clash against Burnley was called off due to bad weather.

As such, their last outing was a humiliating 2-1 defeat to Slovenian minnows NS Mura, and they are due to host Brentford on Thursday evening.

One player who will not feature is Romero, whose most recent run-out for Spurs came in a 0-0 draw against Everton, Conte's first Premier League game at the helm.

Last season's Serie A Defender of the Year, who came down with a hamstring injury with Argentina, is sure to be a big miss for Conte, who will be well aware of his talents due to his own experience in Italian football.

During Wednesday afternoon's press conference, Tottenham's boss confirmed: "[On Romero] the news is not positive, not good.

"Now he is trying to recover, he needs a long time. He needs time to recover. It's a pity because he's an important player for us but the injury is very serious.

"January, February I don't know but 2021 is finished to play. We have to wait to recover well but the injury is serious."

The likes of Tanguy Ndombele, Dele Alli and Harry Winks face uncertain futures having done little in the way of convincing Conte on their first-team credentials.

With money to spend, virtually nobody in the Spurs team is safe amid links to quality Serie A talent such as Franck Kessie and Dusan Vlahovic.

It also remains to be seen whether the Harry Kane transfer saga will pick up where it left off in the summer.

After Manchester City gave chase for a number of weeks, the England captain eventually pledged his short-term future to Spurs, and despite his poor recent form, City remain without a senior striker in their ranks.