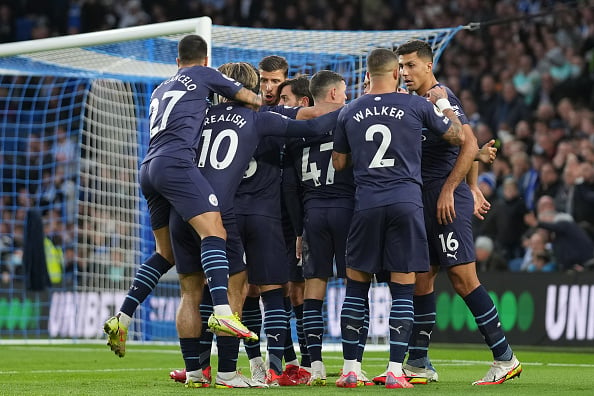 Barcelona are interested in signing Joao Cancelo from Manchester City, according to Eurosport.

It has been reported that Barcelona have been looking at City attackers Raheem Sterling and Bernardo Silva.

Ferran Torres is also on the radar of the La Liga club.

And, according to Eurosport, there is ‘some interest’ from Barcelona in City full-back Cancelo.

Now, of course, we know that anything is possible in football.

However, in our opinion, Cancelo is not going to leave City for Barcelona.

Not in the January transfer window anyway.

The 27-year-old is one of the best full-backs in the Premier League.

City are a rich club who do not tend to sell their best players unless they want to leave.

Even then the Premier League champions would not sell any of their players on the cheap.

Yes, Barcelona are a massive club, but they have financial problems.

Moreover, Xavi’s side are unlikely to challenge for the Champions League anytime soon.

City are in a much better position to win major trophies than Barcelona.

So, in our view, Cancelo would prefer to stay at City to move to Barcelona anytime soon.

In other news, 26-year-old Mourinho signed for Spurs has just looked Paratici look silly - our view