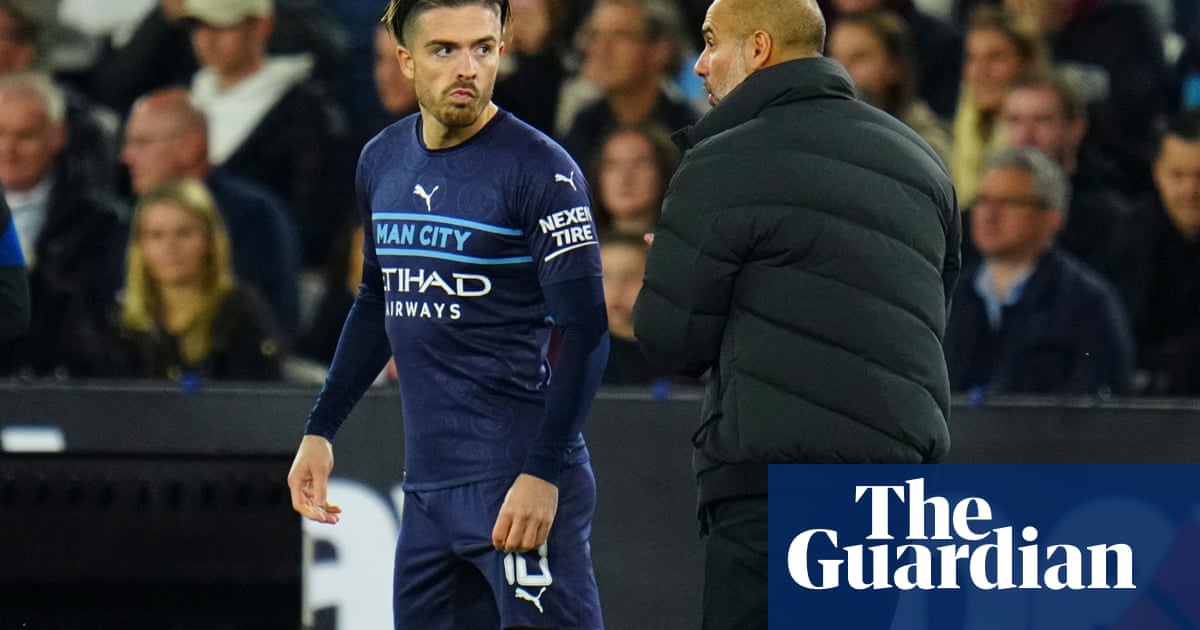 Pep Guardiola has said it will be a problem if Jack Grealish’s best is not shown this season, with the forward having admitted he is struggling to adapt to Manchester City after his £100m move.

Grealish joined in the summer from Aston Villa and has scored twice and made three assists in 15 appearances. In an interview with the Daily Telegraph Grealish said: “I’ve found it a lot more difficult than I thought I would, adapting to a different manager and teammates. At first I thought I’d have more of the ball, get more assists and goals but it doesn’t work like that at all. I’ve had nowhere near as much of the ball as I used to get at Villa.”

Grealish faces a fitness test for the trip on Wednesday to his former club, and Guardiola was asked whether it could be next season before the player’s finest form is evident.

“He’s not a problem, he plays good, if you analyse the games, he’s not played bad. With the quality he has it’s difficult to play bad. Now following the [international] break he came back injured but he’ll come back step by step and we’ll see his form.”

For the Villa match Guardiola is definitely without Kevin De Bruyne, who is recovering from Covid, and the injured Ferran Torres and suspended Aymeric Laporte. Phil Foden will be assessed.

“We have an emergency in the squad,” said Guardiola. “We have few people … I trust a lot in the squad and other players who come in but we are in real trouble for December – the toughest month of the year – because we have few players.

“Kevin is back but he needs time to be fit. Phil and Jack – maybe tomorrow they can play but not a lot of minutes. [So] we have just 14, 15 fit players.”