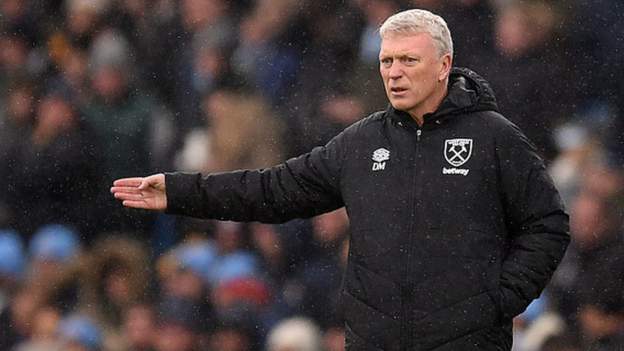 West Ham's Aaron Cresswell is back in training but remains a doubt after colliding with the post during the defeat by Manchester City on Sunday.

Angelo Ogbonna is a long-term absentee for the Hammers, who otherwise have a clean bill of health.

Brighton head coach Graham Potter has no fresh injury concerns following his side's goalless draw with Leeds at the weekend.

Both Danny Welbeck and Steven Alzate remain out for the Seagulls.

It's now eight games since Brighton won in the league but they have drawn six of those and are still in the top half of the table.

They created loads of chances against Leeds on Saturday so it was pathetic for some Seagulls fans to boo them off after that game finished 0-0.

West Ham need a win too - they played well at Manchester City on Sunday but slipped to a second successive defeat. They are at home, and I think they will get one.

Choose your West Ham starting formation and line-up. It's up to you how to approach it - you could go for the team you WANT the boss to pick or the one you THINK he will.