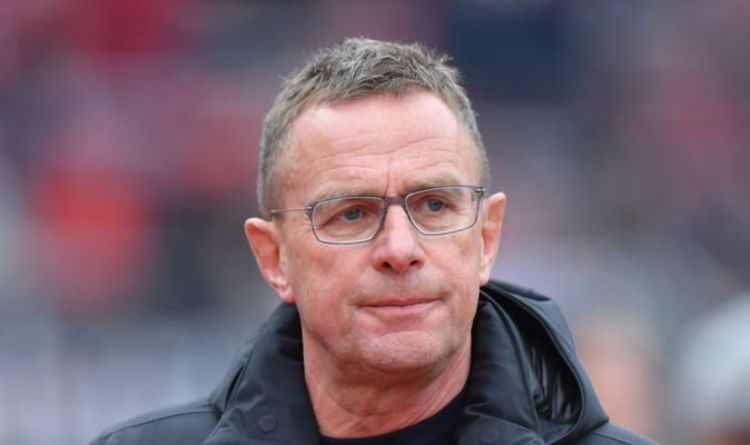 Manchester United confirmed the arrival of Ralf Rangnick on Monday morning, with the German set to take charge on an interim basis until the end of the season. While his name is not as recognisable as the likes of Jurgen Klopp or Pep Guardiola, the kind words of his rivals illustrate the extent of his respect in the football world.

Although Michael Carrick has acquitted himself well during his short time in the Man Utd hotseat, the board were seemingly intent on hiring someone with more experience until the end of the campaign.

Rangnick can boast that in abundance, and he has fulfilled a variety of roles both on the touchline and behind the scenes in recent years.

For that reason, executive vice-chairman Ed Woodward allegedly pushed for a two-year consultancy role after the end of this season, which Rangnick gladly accepted.

All told, the 63-year-old could exert his influence over the Red Devils for years to come. Express Sport looks at what the club's rivals have had to say about his arrival.

Ralf Rangnick will take charge of Man Utd until the end of the season (Image: GETTY)

"Unfortunately, a good coach is coming to England, that’s how it is, to Manchester United," Liverpool manager Klopp said of Rangnick joining United, also then labelling him an "outstanding coach".

"Ralf is obviously a really experienced manager. He most famously built two clubs from nowhere to proper threats and forces in Germany with Hoffenheim and [RB] Leipzig.

"He did a lot of different jobs in football but always his first concern was being a coach and a manager. That’s what his best skill is.

"United will be organised on the pitch, we should realise that, and that’s obviously not good news for other teams."

Pep Guardiola claims he is yet to meet the new manager of Man City's local rivals (Image: GETTY)

As another German boss in the Premier League, Tuchel has plenty of career overlap with Rangnick, and much like Klopp, he has talked up what Rangnick will bring during his first foray into English football.

"Tactically for sure he is an elite manager," said the Chelsea boss in a recent press conference.

"He helped me a lot because he was my coach and then he was one of the main figures to convince me to try coaching so he had a huge influence on all of us at this time.

"He showed us it’s not necessary to follow people to the toilet in football games because that was the belief in these days, that the defenders follow the strikers wherever they go. He showed us it’s possible to defend everybody in a zone."

The Foxes manager has also had his say, a man who plenty of people may have an eye on given the speculation on Rodgers taking the reins from Rangnick at the end of the season.

He said: "I think they have appointed a very experienced man in football, both in his role as a sporting director and as a coach.

"I don’t know Ralf personally. I came across him when I was at Liverpool and we had a phone conversation and then when I was at Celtic, I played against his RB Leipzig team.

"But he’s clearly a very, very experienced guy who is very well thought of in the game, and he will come in and offer that experience and that stability to the club and they will assess it from there."