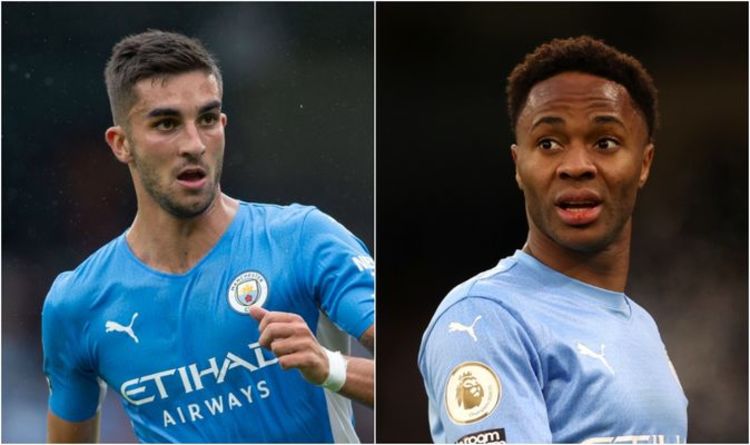 Manchester City could be in need of January reinforcements if wingers Raheem Sterling and Ferran Torres seal moves away in the next few weeks. While the latter has recently been struck by an injury, the former is simply struggling to find form, which could soon see his six-year spell at the Etihad come to an end.

City continued their Premier League chase by beating West Ham on Sunday, narrowing the gap on Chelsea to just one point.

Torres is still side-lined after making a solid start to the campaign, while Sterling was substituted before the final whistle.

The Englishman is reportedly unhappy at his lack of game time under Guardiola, and a report from Reach PLC's Transfer Window podcast claims that his agent is already trying to thrash out a loan move to Arsenal in January.

Ominously, a separate report from Mundo Deportivo claims that Torres has also asked the boss to leave amid interest from Barcelona.

With wingers potentially falling by the wayside, Express Sport looks at three January transfer options that the Sky Blues could pursue:

Now well into the final year of his Barcelona contract, the debt-stricken Catalans could soon be forced to cash in on the Frenchman.

At just 24-years-old, the best years could well be ahead for flying winger Dembele, whose young career has been hampered by injuries thus far.

His searing pace and ability with both feet has kept him on the radar of top clubs though, and Guardiola could use his Barca links to get a deal over the line.

The likes of Newcastle United are also reported to be keeping tabs, meaning it could spiral into a competition of who can table the most lucrative wage package.

Antony continues to catch the eye with his performances for Ajax (Image: GETTY)

The immediate elephant in the room when it comes to any prospective deal for Pulisic is the fact that City and Chelsea are directly battling for the title.

However, Liverpool are up there too and they have reportedly expressed an interest in the USA international.

Injuries have stunted the winger's momentum of late, and since his return to action he seems to have slipped down the pecking order under Thomas Tuchel.

Nevertheless, it would presumably take an extremely tempting offer for the Blues to sanction a deal which could help one of their direct title rivals.