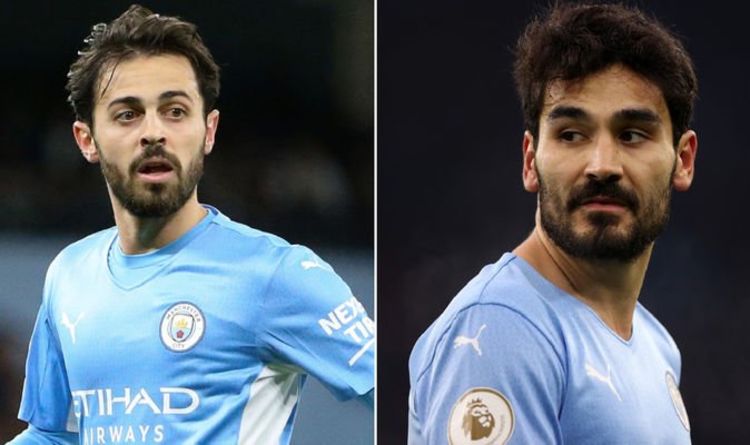 Manchester City's Ilkay Gundogan says Bernardo Silva has come back better than ever since battling his way back from the wilderness. The Portugal international, 27, looked like he was being frozen out towards the end of last season.

But he had come back firing on all cylinders and, according to Gundogan, has answered every question asked of him. The German reckons his team-mate is in fact "very underrated" given his contributions.

“He is having a great season and I think he’s very underrated. He puts so much effort into everything he does on the pitch,” he said.

“There might be a danger sometimes that he is not appreciated enough but we know in the club how important he is.

“We are very happy he is here and having such an incredible season. Hopefully he can continue with this run of form.”

Bernardo has been a favourite with Guardiola since his move from Monaco in July 2017, but found opportunities drying up last season.

He failed to make it off the bench in 10 of City’s Premier League games in their charge to the title. And the rumour-mill suggested he wanted out of the Etihad.

Gundogan is glad nothing came to pass but believes his example can help others who have found their first-team openings slim.

“The only thing you can do is try to support them as much as possible, to help them to train well,” said Gundogan.

“In our team we all face difficult periods in our career, we need to be able to deal with that,” he said.

“All of us had to do it in our careers. It’s something you have to get used to and deal with – it’s disappointment and frustration.”

City are unbeaten in five matches in all competitions since suffering a shock defeat at home to Crystal Palace last month.

And with Kevin de Bruyne, Jack Grealish and Phil Foden to return from illness and injury, Gundogan says there is more to come.

“We have a lot of quality and that there are a lot more things to come from us.

“Everyone knows they have to be at their best to get into the first XI and you have to accept that you might have to sit on the bench.

“We just don’t need 11 great players on the pitch. We also need the great ones who sometimes need to be outside.

“It’s not always easy to accept that role but it’s crucial to win the biggest games and titles.”