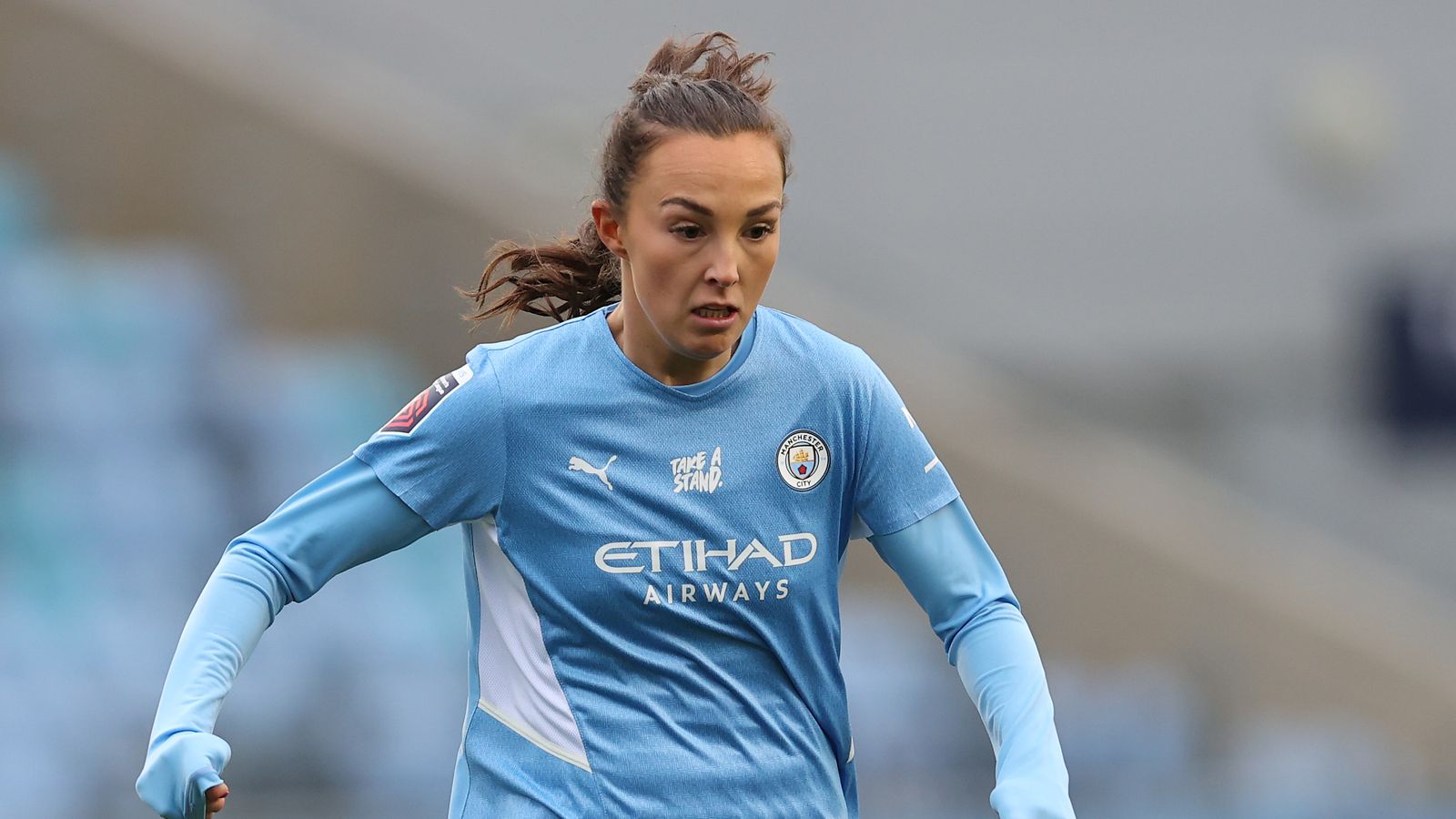 Scotland international Weir is on an 11-player shortlist for the world governing body's goal of the year award for her goal against Manchester United, along with former Tottenham forward Lamela and City winger Mahrez.

Weir is in the running for her goal in February's Manchester derby, where, after showing good footwork on the edge of the box, she chipped United goalkeeper Mary Earps.

Image: Caroline Weir has been nominated for FIFA's 2021 Puskas Award

This is the second consecutive time Weir has been included on the Puskas shortlist, having also been nominated last year for a long-range stunner against United.

Tottenham's Heung-Min Son won the 2020 crown for his solo goal against Burnley in the Premier League.

Son's former Spurs team-mate Lamela, who is now with Sevilla, has been nominated for this year's award for his Rabona finish in the north London derby against Arsenal in March.

Mahrez, meanwhile, has been shortlisted for his goal for Algeria against Zimbabwe in Africa Cup of Nations qualifying last November, where after controlling the ball with his heel on the run, he turned his opponent inside out before slotting home.

Image: Patrik Schick has been nominated

Another contender is Czech Republic striker Patrik Schick for his effort against Scotland at Euro 2020 where he beat goalkeeper David Marshall from almost on the halfway line.

The winner will be decided by an international panel comprising of 'FIFA legends' and fans from across the world and will be announced at the Best FIFA Football Awards on January 17, 2022.