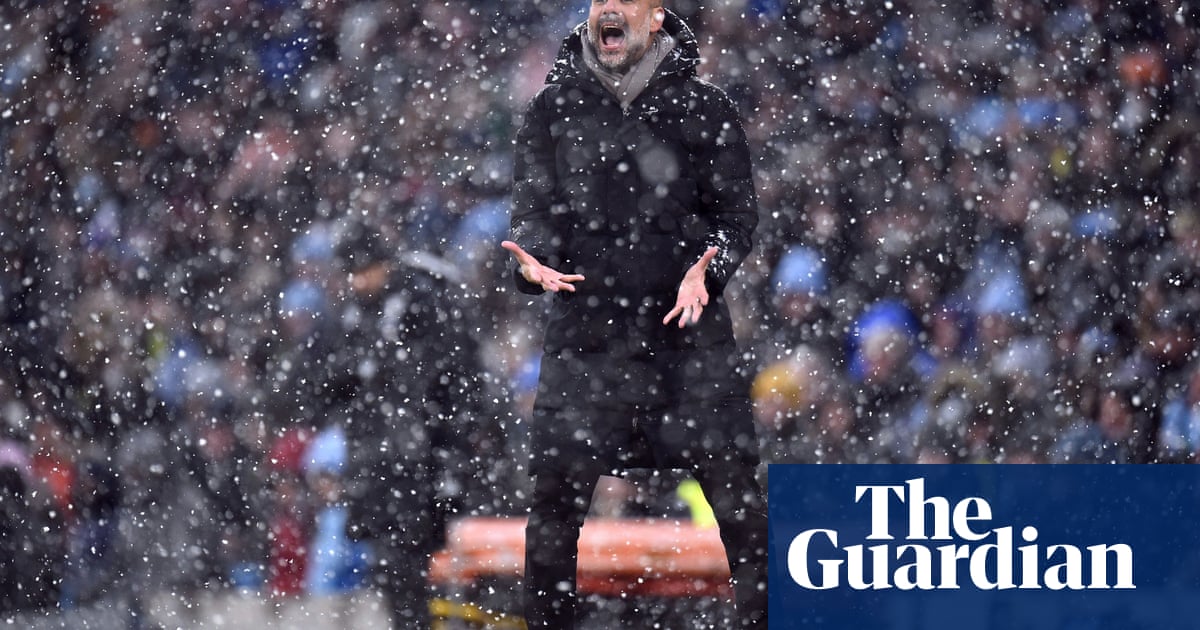 Pep Guardiola described as “fantasy” that Manchester City can launch another long unbeaten run to match last season’s 28-match sequence following their 2-1 win against West Ham at the Etihad Stadium on Sunday.

The victory featured goals from Ilkay Gundogan and Fernandinho, with Manuel Lanzini registering an added-time consolation. City’s fifth consecutive win came almost 12 months after a 2-0 loss at Tottenham on 21 November last season proved to be City’s last defeat until losing 2-0 to Manchester United on 7 March. Guardiola was asked if he senses his players are in the same groove as this time last year.

“I don’t know what is going to happen,” the manager said. “What we have done in the past is the past. We have to celebrate now and then we go to Birmingham to play Aston Villa [on Wednesday]. The rest is fantasy, to make wrong thoughts in your mind creates problems in the team.”

The win takes City to 29 points and back up to second on an afternoon in which club staff had to work hard to clear the pitch from heavy snowfall. Guardiola praised them and his team.

“I think the groundkeepers, the guys who took care of the pitch, were the man of the match,” he said. “They did an incredible job to make sure we played the game today. The chances we created - it could have been three or four. We cannot forget which opponent we played. They have everything.

“We came from a tough game in midweek against PSG [winning 2-1 in the Champions League] and we know exactly which team we faced today. And the amount of chances we created especially in the first half in the conditions that we played, it’s a huge victory for us – for the effort, for the players, the performance in general.

“We didn’t concede much [many chances], we defended set-pieces really well and the counter-attacks we controlled them. Maybe we could make another speed, another rhythm but the weather conditions didn’t allow us to do it. But a good performance from all of us. In these conditions you have to adapt. Don’t take risks. More short passes. But no, the same way.”

David Moyes rued West Ham’s lack of quality before goal. “That’s the difference at the very top level,” he said. West Ham have now lost twice in a row since beating Liverpool before the international break.