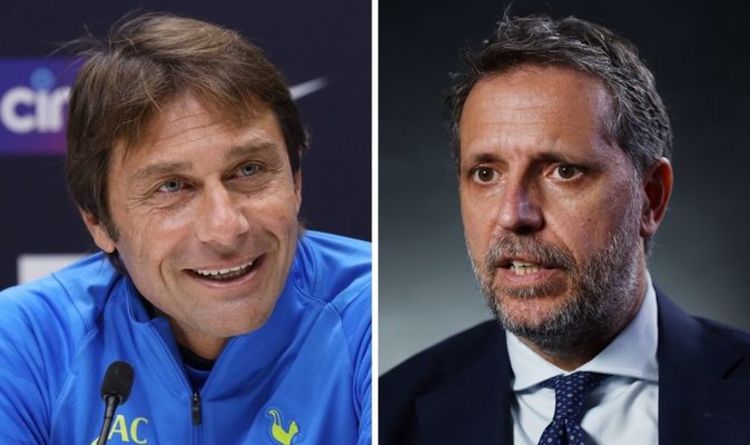 Tottenham boss Antonio Conte and club director Fabio Paratici have earmarked Fiorentina striker Dusan Vlahovic as the perfect candidate to succeed Harry Kane at the top of the pitch next season, according to reports. Vlahovic, who is widely regarded as one of Europe's finest young marksmen, has been heavily linked with a move to north London in recent months.

The Serbia international managed to score on 21 occasions in all competitions last season and has already chipped in with another 13 goals this time around.He will be out of contract in the summer of 2023 as things stand and does not appear to be keen on the idea of signing an extension.Fiorentina have been trying to secure Vlahovic's long-term future for some time but are yet to convince him that staying at the club would be in his best interests.A number of potential suitors have been linked with a move for the 21-year-old as a result, with Fiorentina likely to consider selling their prized asset in the near future.

The Italian heavyweights will be desperate to avoid seeing him leave on a free transfer in two years' time and could decide to cash in on his services ahead of schedule.

Tottenham are said to be leading the race to land Vlahovic, with Juventus also said to be keeping a close eye on the situation.It seems as though Spurs may be inclined to throw all of their resources behind a move for the forward if Kane ends up joining Manchester City ahead of next season.

Conte and Paratici are both fully convinced that Vlahovic would serve as the 'ideal heir' to the England skipper, according to Tuttomercatoweb.

The report claims that Spurs may be starting to plan for life without Kane, who is 'destined' to leave the club after failing to push through an exit during pre-season.

He was keen on joining City, but was ultimately denied the move after the Premier League champions saw at least two nine-figure bids rejected out of hand.Vlahovic has reportedly been identified as the man to succeed Kane at the tip of Conte's attacking trident, but Spurs will likely be forced to wait until the summer to stand any chance of securing his signature.Fiorentina are reluctant to sell in January as a result of Vlahovic's importance to the side, with a mid-season move said to be 'very difficult' to engineer.

It remains to be seen whether Spurs will get in ahead of Juventus to land the man from Belgrade as Conte, who led Inter Milan to the Serie A title last season, aims to improve his squad with the help of Paratici.

Kane was keen on joining City during the summer window (Image: EXPRESS)

Conte declared after his side's embarrassing defeat at the hands of NS Mura in midweek that plenty of work needs to be done at Spurs to challenge the Premier League's very best sides on a consistent basis."I must be honest and tell you that after three and a half weeks, I am starting to understand the situation," the Italian boss told reporters."I can tell you that the situation is not simple. It is not simple because in this moment because for sure the level of Tottenham is not so high."There is an important gap to the top teams in England. Of this we must not be scared. I am here to work, here to improve the situation.

"I know we have to work hard, but we have also to improve the quality of the situation because we want to be competitive."