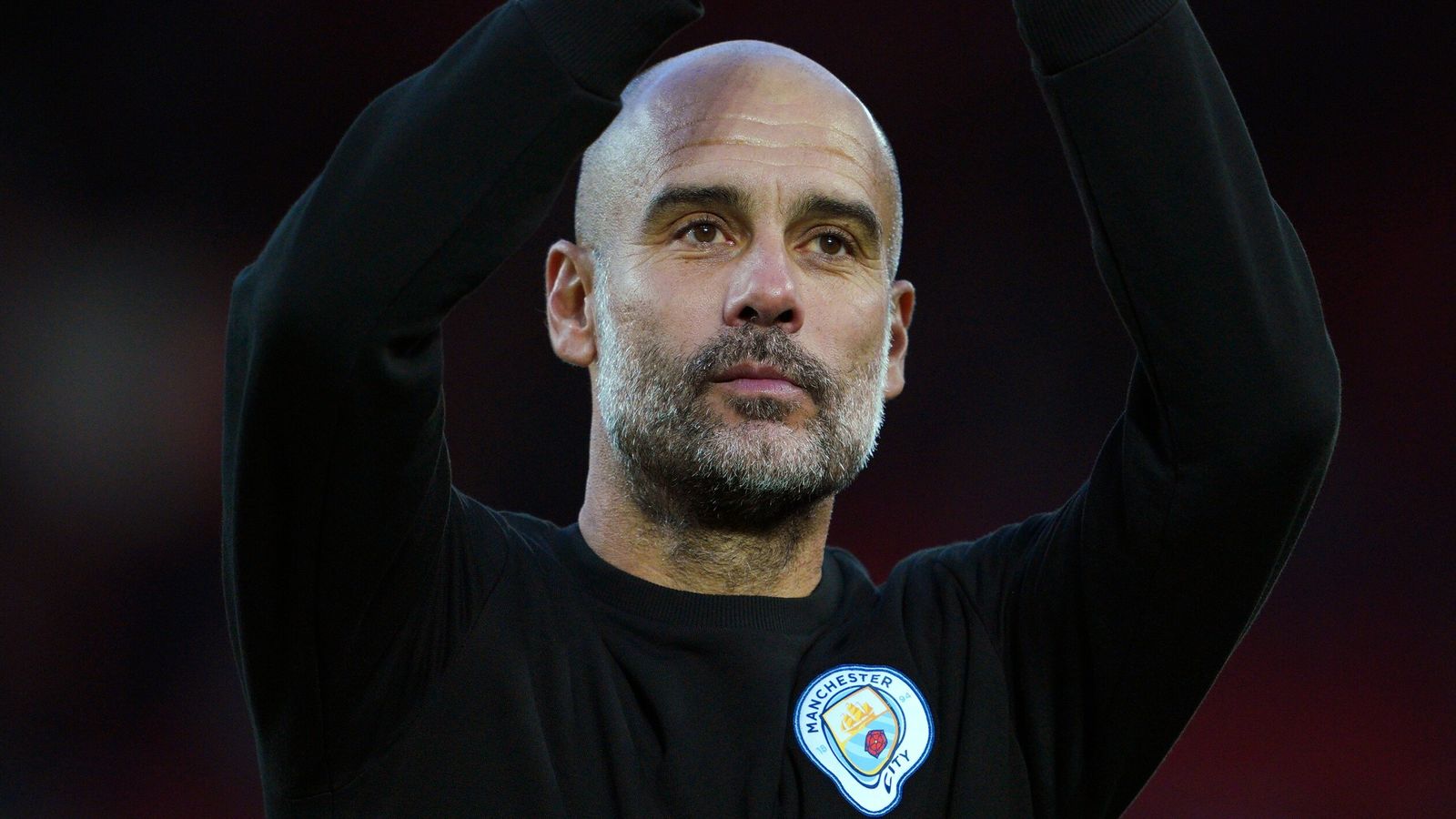 Manchester City manager Pep Guardiola has all but ruled out ever taking charge of another club in England.

The Spaniard is contracted at the Etihad Stadium until 2023 and could extend that, but expects to work elsewhere at some point in the future.

Although he has expressed an interest in international football, the 50-year-old admits he has no clear vision of where his long-term future lies.

One thing he is sure about, however, is that he cannot see himself being employed by another Premier League club and he has even hinted he would rather take on another role at City.

The former Barcelona and Bayern Munich boss said: "I've said many times when we've finished our part here, for the pleasure to live in a European Championship, a World Cup, I would like to live it but I know it is not easy to find it because normally there are few positions.

"I think it is difficult for it to happen. I would like it but, at the same time, if it does not happen I will train a club. That is not a problem.

"In England, being here, I think I will always be at Man City. If I had to come back I would come back to Man City, if they want me. I don't think I am going to train another club in England. I'm a part of this club."

Despite that desire to lead a country to a major tournament, he is adamant that Gareth Southgate's position as England manager is not something he has his eye on.

"Gareth has done an incredible job, reaching the final of the Euros and the semi-finals of the last World Cup," said Guardiola ahead of Sunday's home Premier League clash with West Ham.

"This is a huge success for English football. He has extended his contract and what I want is after that (for him) to extend for more years, if he is happy to do it.

"I am not here to take anyone's position. It is not my target. As long as it is possible to be here, as much as my energy is there and my love for what I am doing is here, (I will be). After that I don't know what is going to happen."

Guardiola has revealed City could travel to Abu Dhabi, home of their owner Sheikh Mansour, for a warm-weather training camp in January.

FREE TO WATCH: Highlights from Manchester City's win over Everton in the Premier League.

For the first time since 2017 - in Guardiola's first season in charge - City will not be involved in the Carabao Cup semi-finals and could have a suitable gap in their schedule.

Guardiola said: "Maybe it is possible. Just being together there - getting out a bit, changing the routine, training in good weather conditions and a good environment, being close to our chairman, spending time together, good dinners together, pool, sun.

"We are not going for a holiday, but to work. Rather than stay here, do it there."