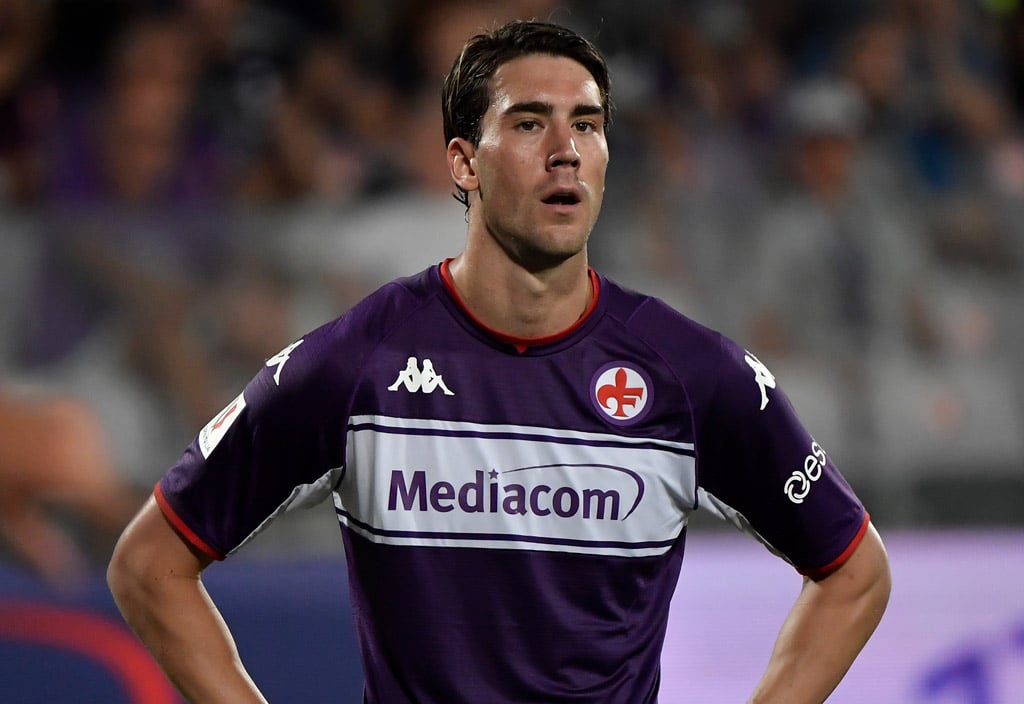 Some Tottenham fans on social media believe the club could be set to miss out on Dusan Vlahovic after reports emerged from Italy about Juventus’ opening offer for the striker.

Antonio Conte has reportedly asked Tottenham to snap up Vlahovic when the transfer window reopens in January.

Gianluca Di Marzio told TuttoMercatoWeb last week that Fiorentina would like to cash in on the 21-year-old when the transfer market reopens in January as the Serie A club do not expect the striker to renew his contract.

Sources from Italy had previously claimed that Juve were worried they could be pipped by Spurs to the signing of the centre-forward after Conte’s arrival in North London.

It was even asserted by some publications that Fiorentina would prefer to sell the striker to Spurs over the Old Lady.

However, La Gazzetta dello Sport reported on Wednesday that Massimiliano Allegri’s side had made an opening offer of €50m (£42.3m) for the Viola star.

The report also added that Manchester City, not Spurs, were Juventus’ main competitors for Vlahvoic’s signature.

Here’s how some Spurs fans on social media reacted to Gazzetta’s latest report:

It's not happening don't get your hopes up guys.

Champions League will be a major factor. Can’t see him coming here other than for wages and City blow us out of the water on both counts.

They’re just using Spurs to drive up the offer.

If Juve are really serious they will get him, he wants to go to them and he has all the power.

So its all down to where he wants to play.
And who for.

Surely not city, we’ve lost in that case

If Manchester City are involved then we need to move on

An offer of €50m seems unlikely to be enough to tempt Fiorentina into selling Vlahovic in January. While Manchester City will obviously blow us out of the water if they are interested, I would certainly back Spurs to outbid Juve, given their financial problems.  Hopefully, the lure of Conte is enough to convince the 21-year-old to pick us over Juve.