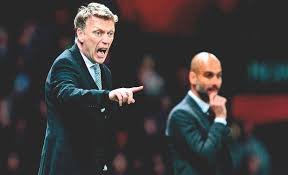 David Moyes has less time to prepare the squad for the toughest game of the season but he refuses to moan.

It gets no more tricky than City away but coming so soon after the game against Rapid it has presented a preparation problem for the boss.

Ad following the game in Vienna he explained to reporters per Football: London the problems he has had over the last few days.

He said: “Last season a lot of our good form was down to preparation and good time spent on the training ground preparing for the games.

Personally, I think you are seeing that with Arsenal [this season] because Arsenal do not have European football and it is giving them time together to train.

We all want European football but while you are building your team you need the week’s training and preparation for games.

But we have some rhythm and we have consistency in our team. We have got a few ideas of what we can do, we have played against some of the top teams recently so all those things we will bring in to make sure we are ready for the game.”